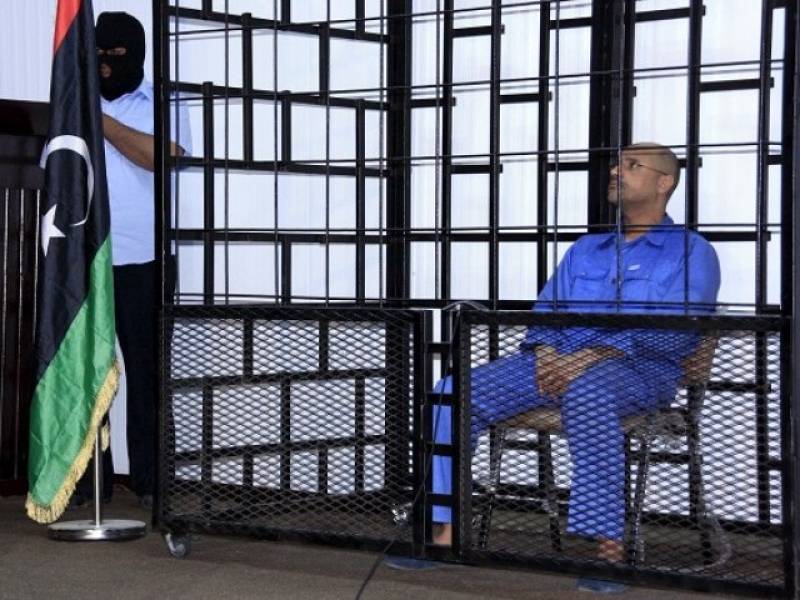 He has been ordered to face a firing squad for his role in trying to quash the 2011 revolution that led to his father's ouster.

Saif al-Islam Gadhafi was not at the trial, as he is being held by a militia group in the northwestern city of Zintan. He has been held there since his capture in November 2011.

Gadhafi faced charges relating to the 2011 revolution and attempts to suppress the uprising, including the killing of protesters -- a crime punishable by death.

But it's not clear what happens now to Saif al-Islam Gadhafi, as the Zintan militia holding him doesn't recognize the government and court in Tripoli. The militia has also cut off cooperation with the proceedings.

Gadhafi was once considered the heir apparent to his father, who ruled Libya for over 30 years.

Prior to the 2011 Libyan civil war, he was believed to be a moderate in comparison to his father.

A NATO strike in May 2011 killed his younger brother who had a similar name, Saif al-Arab Gadhafi.