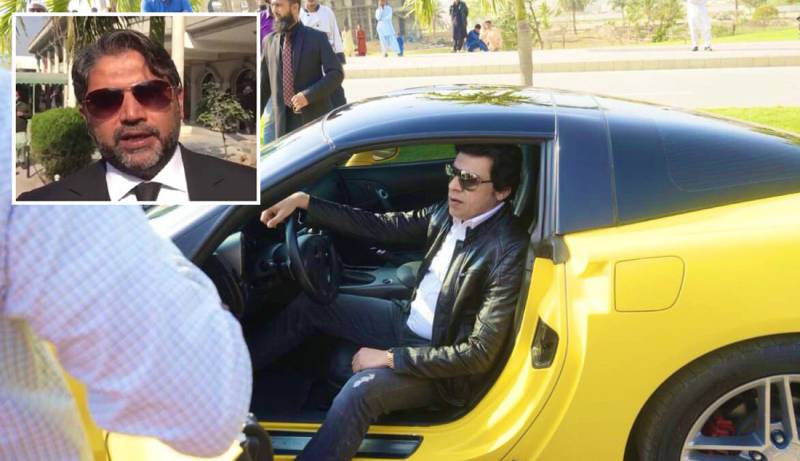 The development comes as Ahmed Hasan, while speaking with a digital media outlet, mentioned to file a defamation suit against Vawda, as the latter had accused him and his father of taking benefits from the leading opposition party.

Amid the defamation row, Rana who made headlines after his father accused former Chief Justice of judicial interference ahead of 2018 general polls, said I have been blessed with all the facilities and I also own supercars including Mercedes, Fortuner, and Civic.

During the interview with a local outlet, Rana challenged PTI Senator for a car race, and following the challenge Vawda, who often spotted driving sports cars and bikes on the streets of Sindh capital, accepted the challenge of Advocate Ahmed Hasan Rana.

Challenge accepted!! When and where?? pic.twitter.com/9NfFwg5oIj

Sharing the programme clip on the microblogging platform Twitter, Vawda wrote ‘Challenge accepted!  When and where?’

The former federal minister earlier stirred social media as pictures of him stepping out of a yellow sports car have gone viral. He made an entry on a bright yellow sports car as he attended a ceremony of the country’s biggest Twenty20 tournament.

KARACHI - Pakistan Tehreek-e-Insaf's MNA Faisal Vawda has yet again become a target of immense trolling after he ...