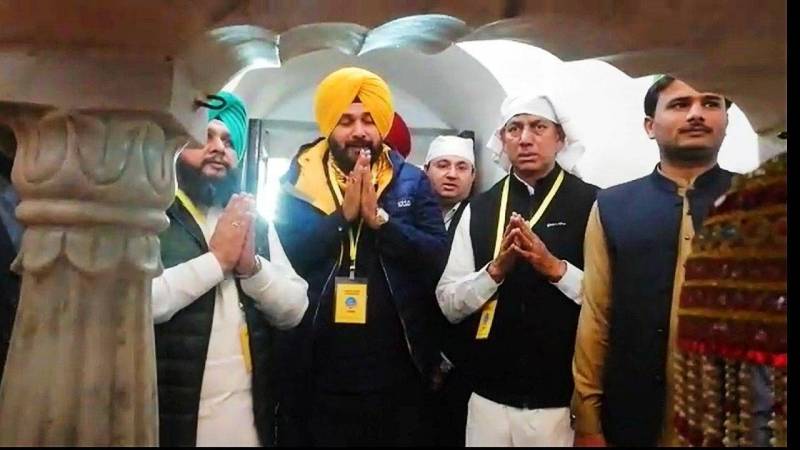 LAHORE – Famous Indian cricketer-turned-politician Navjot Singh Sidhu arrived in Pakistan via the Kartarpur Corridor to attend the 552nd birth anniversary of the founder of his religion.

The 58-year-old Indian politician was welcomed with garlands and rose petals. Punjab Congress chief while speaking to the media called Prime Minister Imran Khan as his elder brother. “He [Imran Khan] has given me a lot of love”, said Sidhu.

Sidhu earlier today crossed over the border to visit the Gurdwara Sahib after his name was left out of Punjab CM Channi’s entourage visiting the shrine.

Navjot Singh Sidhu at #KartarpurCorridor
Says " (PM) Imran Khan is like a big brother to me who's given me love."

On Wednesday, the Kartarpur corridor was reopened after 20 months, ahead of Guru Nanak’s Gurpurab. The first batch of 28 Indian Sikhs visited the Gurdwara Darbar Sahib by using the corridor on the first day of its reopening.

Meanwhile, thousands of Sikhs from parts of the world flocked to the Nankana Sahib district of Punjab to celebrate the birth anniversary of Baba Guru Nanak.

ISLAMABAD – Prime Minister Imran Khan Friday greeted millions of Sikhs across the world on the occasion of the ...

The 10-day celebrations started on Wednesday in the birthplace of Baba Guru Nanak with Akhand Path.

The historic corridor, a visa-free crossing, allows Indian Sikhs to visit the temple in Pakistan where Guru Nanak passed away in 1539AD. It was first opened in 2019 on Baba Nanak’s 550th birth anniversary.