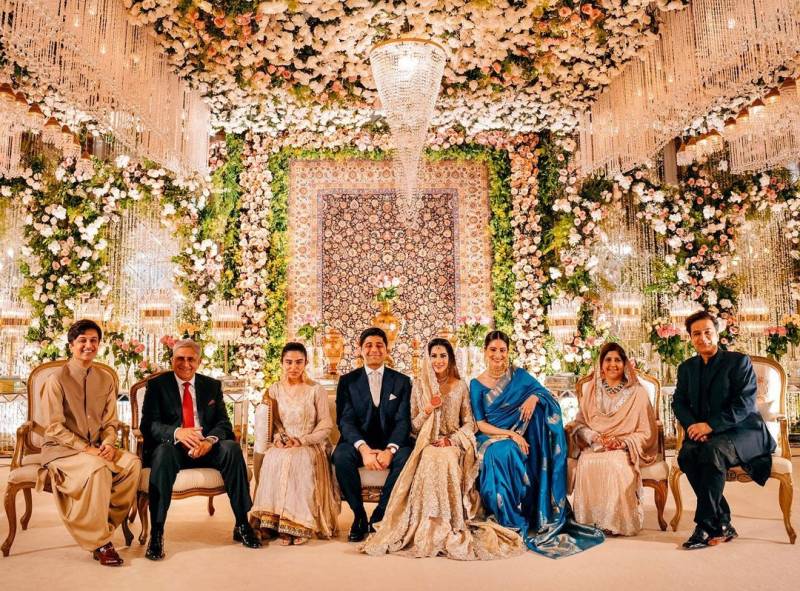 ISLAMABAD – The youngest son of Pakistan Army Chief General Qamar Javed Bajwa has tied the knot in an intimate ceremony while a picture from the Walima is doing rounds on the internet.

The ceremony was held at Army House Rawalpindi. while there are not many details about the wedding event which was reportedly attended by close family members of the country’s top commander.

A picture from the event surfaced on the internet as it was handled by Qasim Yar Tiwana, a noted event organizer, who shared the picture in which Army Chief Gen Bajwa can be seen sharing the stage with the bride and groom and their families.

At the lavish ceremony, the groom donned a dark-toned suit while the bride can be seen in a light-colored traditional attire.

It was indeed a great honor to plan and manage the Walima of the younger son of Army Chief General Qamar Javed Bajwa. A fabulous event for their family and friends, the wedding planner penned on photosharing platform with heart emoji.

Meanwhile, no other pictures from the event surfaced contrary to the wedding of the Chief’s other son that garnered international attention.

Earlier in July, Chairman Pakistan Peoples Party Bilawal Bhutto Zardari and other politicians were invited by Chief of the Army Staff Gen. Qamar Javed Bajwa for the wedding ceremony of his son.

LAHORE - Chief of Army Staff General Qamar Javed Bajwa's son has gotten married to the daughter of a businessman in ...