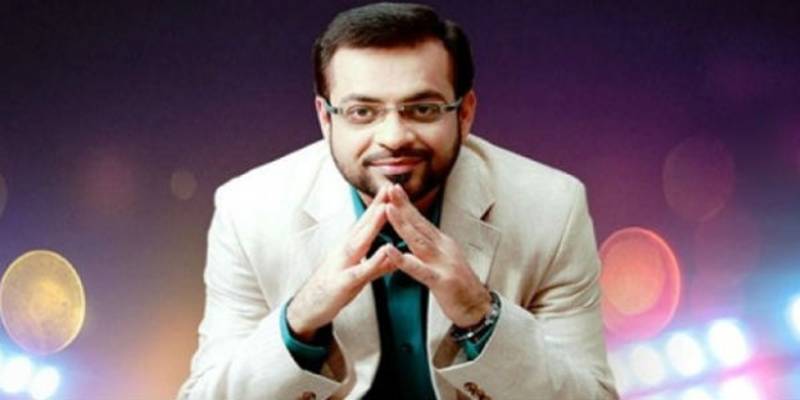 Justice Miangul Hassan issued the ruling on a petition filed by Husain against Pemra. The court, however, upheld the regulatory body's decision to suspend his Ramazan TV show on Bol TV.

The high court judge remarked that  Pemra could not impose a blanket ban on an anchorperson, saying it did not fall under its authority. He added that Pemra only has the authority to take a specific programme off air.

The case has been adjourned until June 8 for further hearing.

On May 25, the electronic media watchdog had slapped a 30-day ban on Aamir Liaquat, stating that the scholar-cum-politician has also been barred from hosting two shows on BOL TV, ‘Ramzan Me Bol’ and ‘Aisa Nahi Chalega’ for hurting religious sentiments of different sects.

PEMRA also highlighted that the scholar maligned the last Prophet (PBUH) and did so merely for creating a sensation in a bid to garner TV ratings in a show broadcast on May 24th.

Amir Liaquat Hussain had recently announced during BOL’s Ramzan transmission that scholars from a specific sect have been banned from appearing on programs aired by the network.

The decision came a day after Liaquat displayed his anger over the remarks made by a religious scholar Qari Khalil-ur-Rehman, who is believed to have defended renowned scholar Dr Zakir Naik.

However, soon the discussion turned emotional and Liquat quit the segment, following which, scholar Allama Kokab Noorani Okarvi stood up and said he will only sit with co-panelist Qari Khalil if he repented otherwise he will also quit.

A clip of Dr Naik was also shown to the audience, that has been cited as one of the reasons for the ban by the media regulator.

This is not the first time Dr Amair Liaquat has been banned from TV as in December, last year, the Islamabad High Court had forbidden him from TV appearance for 'hate speech'.