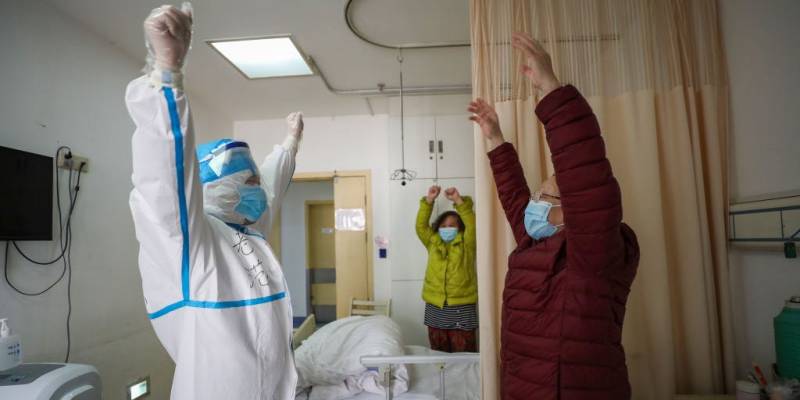 BEIJING – As many as 2,189 more novel coronavirus patients were discharged from hospitals, bringing the total number of recovered cases to 52,045 in China, the Chinese Health Commission said on Thursday.

The total number of confirmed cases on the Chinese mainland now stands at 80,409 and the cumulative death toll, 3,012 since the outbreak of the deadly disease in the country.

According to latest data, the novel coronavirus continued to spread across the world with more than 12,600 cases confirmed in at least 76 countries outside China.

At least 214 deaths were reported outside China and the new confirmed cases there have exceeded those reported in China for eight consecutive days.

Italy confirmed 587 cases, bringing the total number to 3,089 with 107 deaths. The The Italian government has ordered the closure of all schools and universities nationwide until March 15.

Japan has confirmed a total of 1,037 new coronavirus cases, including 706 from the Diamond Princess cruise ship.

The death toll from the infection has risen to 11 in the US as of Wednesday afternoon, including 10 in the state of Washington and one in California. The confirmed cases in the country now are at least 153.

The Canadian authorities have also confirmed at least 34 cases of coronavirus while other countries including Slovania and Hungary have also reported their first cases.

Meanwhile, around 4.73 billion yuan have been donated by 41.28 million members of Chinaâ€™s ruling communist party to support coronavirus epidemic prevention and control.

In response to the call of the Party Central Committee, over the past few days, the majority of Communist Party members across the country have enthusiastically donated to support the new crown pneumonia epidemic prevention and control work.

According to statistics, as of March 4, more than 41.28 million party members have made voluntary donations across the country, with a total donation of 4.73 billion yuan.

It may be mentioned here that the pneumonia outbreak was first reported in the city of Wuhan, central China’s Hubei Province, in December 2019.

Experts have attributed the outbreak to a novel coronavirus that has since spread across China and abroad.