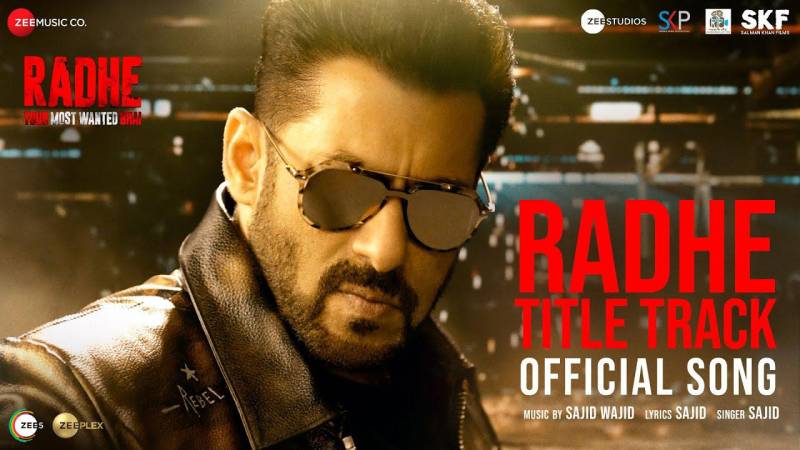 Bollywood superstar Salman Khan and diva Disha Patani song 'Radhe Title Track' from their upcoming is out and the sizzling chemistry along the dance of the duo have left the internet grooving to the song.

The title track was released on Wednesday and the fiery onscreen couple also shared the title track on their respective social media handles.

Khan and Patani bring their A-game as they shake their leg to the peppy number. Turning to Instagram, Disha announced the song with excitement with a smashing poster and she captioned her post.

"The most wanted track of the year is here. #RadheTitleTrack out now!", she wrote.

Netizens were overjoyed on seeing Khan bringing the magic factor. With a mysterious vibe to it, the song has stunning bright visuals and has been shot in a lavish setup.

The title track of Radhe is composed by Sajid-Wajid and the song has been written and sung by Sajid. It is one of the last compositions by the Sajid-Wajid duo, before Wajid's unfortunate demise last year.

Earlier, the Radhe stars left their fans awestruck with their stunning dance moves in a song Seeti Maar of the upcoming film Radhe: Your Most Wanted Bhai.