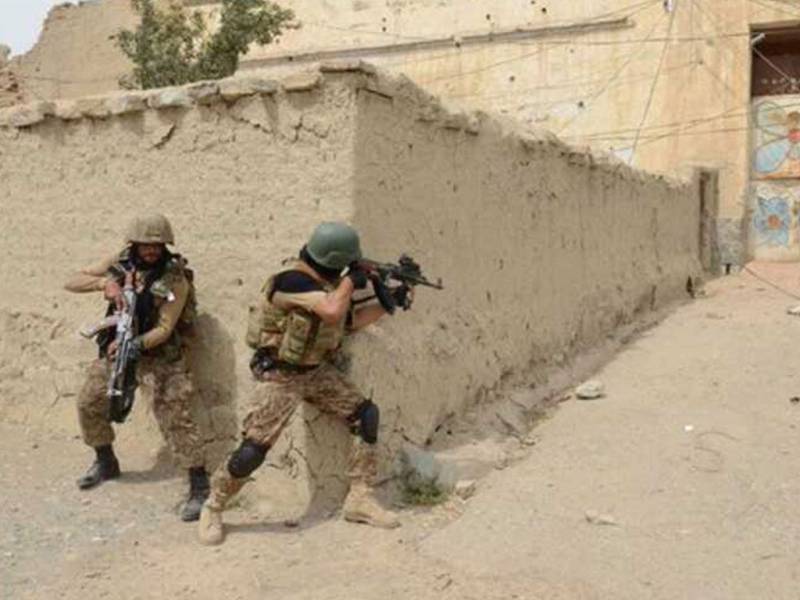 According to military’s media wing, the operation was conducted after receiving a tip-off regarding presence of terrorist in Doseli area.

During the exchange of fire with the militants, three solders embraced martyrdom. Captain Fahim, Sepoy Shafi and Sepoy Nasim are among the martyrs.

Earlier in the day, at least four troops of the Frontier Corps were martyred while six others were wounded after suspected militants attacked the security personnel from across the border during a fencing activity near the Zhob area of Balochistan, the military media wing said Wednesday.

Terrorists from Afghanistan opened fire at the FC personnel during the fencing process near Pak-Afghan border, said ISPR.

The injured have been shifted to the Combined Military Hospital (CMH) in Quetta for treatment.