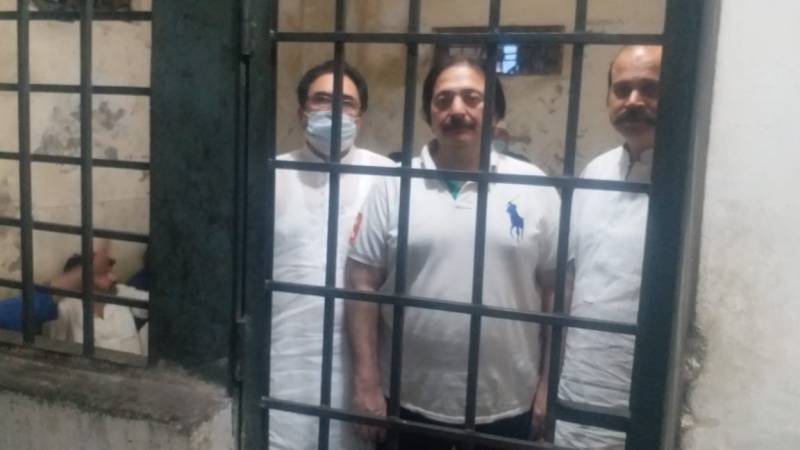 LAHORE – A massive police raid was carried out on Wednesday at the residence of underworld king Khawaja Aqeel, alias Gogi Butt.

Provincial law enforcer arrested ‘notorious criminal’ along with dozen of his accomplices during a raid on his residence in a private housing society.

A case has been registered against 13 persons including Gogi Butt, Haji Ashfaq, and Mohammad Fayyaz with the Mustafa Town police station. Butt along with accomplices were booked under terrorism, possession of illegal weapons, and other serious provisions.

According to police sources,  president Ichhra Bazar Sheikh Ashfaq and president Wahdat Road were also present at his place at the time of the raid.

The family of the underworld king has alleged that the cops vandalized the household's items during the raid.

CIA Iqbal Town also held two sons, Hamza and Abdullah, of Butt along with his nephews in the raid but released them later.