Bomb 'may have caused Russian airliner crash in Egypt' 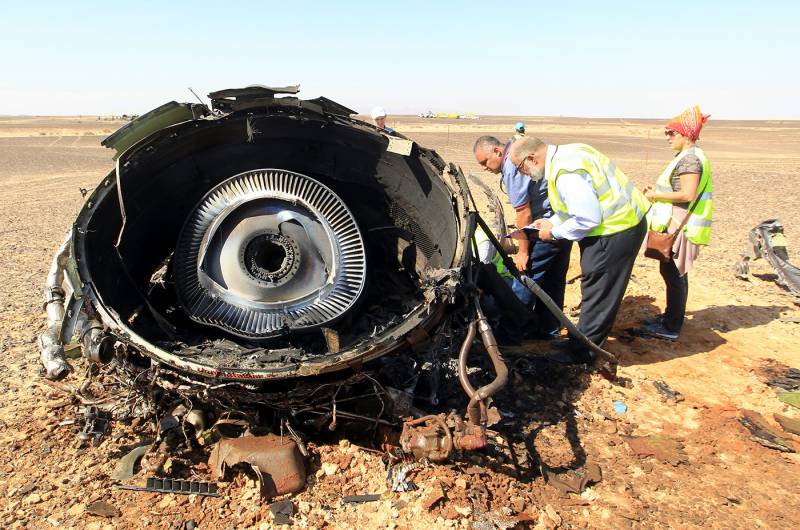 LONDON (Web Desk) - Intelligence suggests the Russian plane that crashed in Egypt killing all 224 people on board may have been brought down by a bomb, US and UK officials say.

But they say they have yet to reach a formal conclusion, the BBC reported on Thursday.

Britain earlier suspended flights to and from the resort of Sharm el-Sheikh, from where the flight had departed. 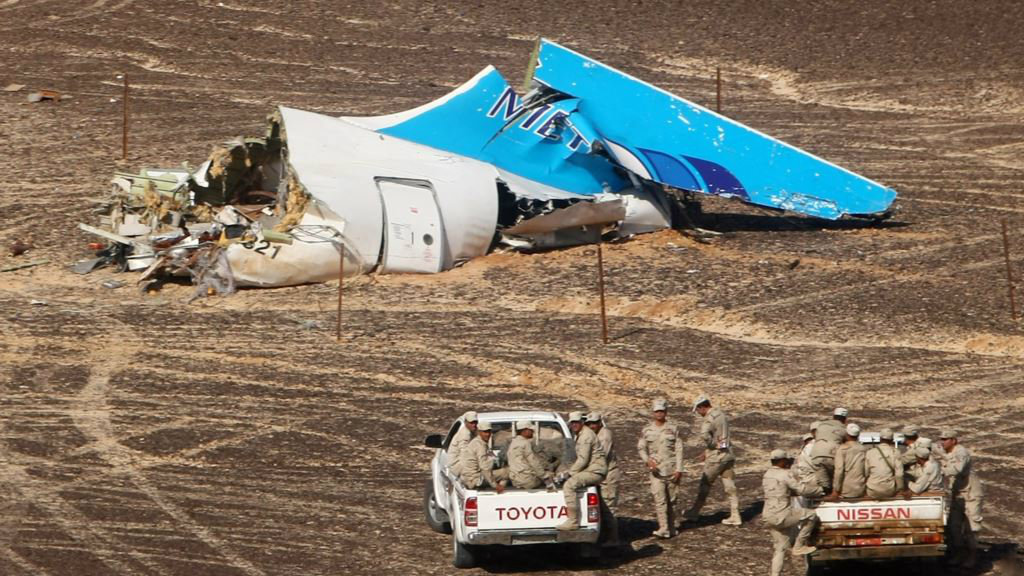 Egypt has dismissed claims by militants linked to Islamic State (IS) that they brought down the plane. Russian experts say it is too early to say.

Separately on Wednesday, Egyptian officials said the cockpit voice recorder of the Metrojet Airbus 321 was badly damaged in the crash. However, they managed to extract information from the flight data recorder which is ready to be analysed by investigators, Egypt's Civil Aviation Minister Mohamed Hossam Kamal said.

The plane, bound for St Petersburg, crashed in Egypt's Sinai desert just 23 minutes after take-off from Sharm el-Sheikh on Saturday. 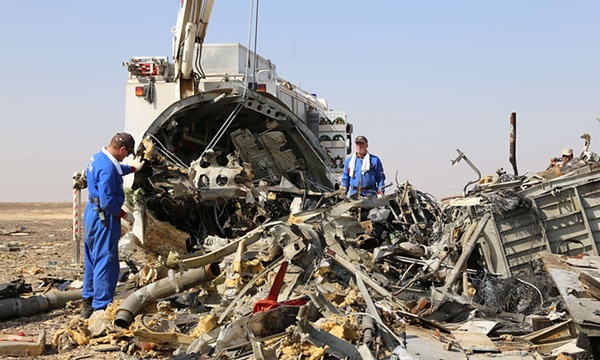 Most of those on board the plane, which was operated by Russian airline Kogalymavia, were Russian.

"We have concluded that there is a significant possibility that the crash was caused by an explosive device on board the aircraft," UK Foreign Secretary Philip Hammond told reporters after the government's crisis response committee met late on Wednesday.

One of the two black boxes retrieved from the wreckage of the Russian plane that crashed in Egypt. Investigators hope flight data will provide clues as to what caused the plane to crash.

A US official said they had reached the "tentative conclusion", after intercepting communications, that an IS affiliate in the Sinai peninsula had planted an explosive device on the plane. 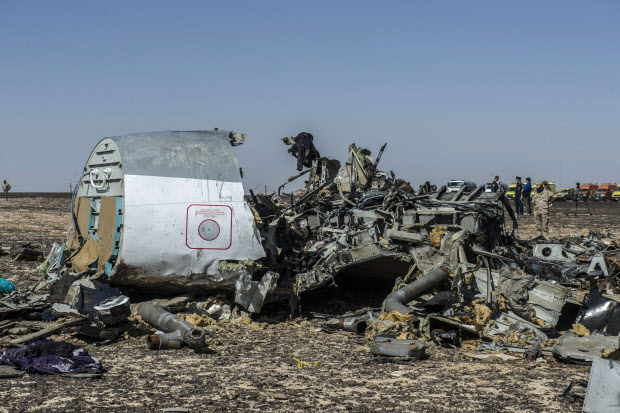 "A bomb is a highly possible scenario," another US official said.

But the officials stressed that forensic evidence, including the flight recorders, was still being analysed.

On Tuesday, US media reported that a military satellite had detected a "heat flash" over the Sinai at the time of the crash.

It said data was still being analysed and that although the flash could have been caused by a bomb, a fuel tank or engine explosion was also possible.

Mr Sisi, in a BBC interview on Tuesday, dismissed as "propaganda" claims that militants linked to IS brought down the aircraft.

The militants have carried out a series of deadly attacks against Egyptian security forces in recent years.

Kogalymavia earlier this week blamed "external influence" for the crash, but the head of Russia's aviation agency said such talk was premature.