Tit-for-tat: China high-beam drivers are forced to stare into their blinding lights for 1 minute 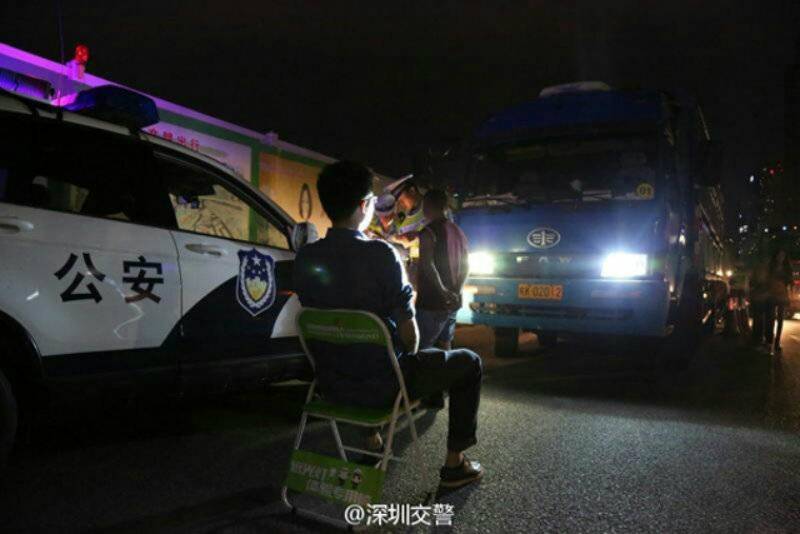 SHENZHEN - Police in southern China have reenacted a controversial punishment for drivers who improperly use their high beams at night, once again forcing those motorists to really see the error of their ways.

Last week, Shenzen police took to Weibo, China’s most popular social network to warn drivers that anyone caught using their car’s headlights on the full beam illegally would be fined 300 yuan ($44), lose points on their license and be made to recite regulations on the proper use of headlights.

But what really drew people’s attention was the introduction of a new and unconventional punishment - making offenders stare into the high-beam headlights for 60 seconds, while sitting on a specially-designed chair. 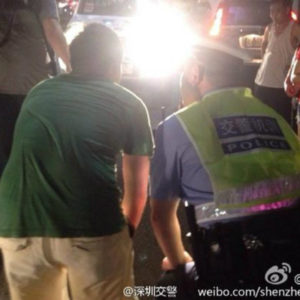 Shenzhen Traffic Police posted photos of the campaign in action on their official Weibo account. "Tonight we are carrying out punishments using a high beam," the post reads. It's racked up 87,000 likes and been shared 93,000 times. The photos show people sitting directly in front of a car with its headlights on. 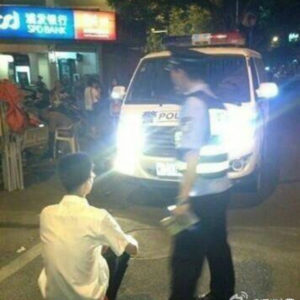 Official media say drivers are fined 300 yuan ($44; £36) and made to spend 60 seconds in front of the beam. But some news websites have suggested that the headlight element is optional, although it's unclear why people would choose it on top of paying a fine. 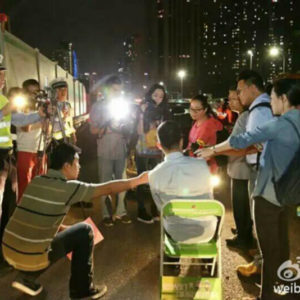 The force faced criticism for a similar initiative in 2014, but nonetheless decided to start it up again last Tuesday. This time around, the reaction has been largely positive. Several other local police forces gave it the thumbs-up on their social media accounts, and a poll on the mainstream Sina news portal found that 90% of people approved.

On the Weibo microblogging site, many people agree. "Am I the only one who thought a minute was too short?" reads one comment, which garnered 12,000 likes from other users.

“Traffic police comrades, I believe this kind of punishment is not right, it’s inhumane, they should have to look for 5 minutes,” one person commented. “The whole country should implement this immediately,” another added.

While another user feels the campaign is "long overdue", while one berates "selfish, inconsiderate drivers".

A few people are concerned that the punishment could seriously damage eyesight, and one declares: "This is a human rights violation".

Several other local police forces gave it the thumbs-up on their social media accounts, and a poll on the mainstream Sina news portal found that 90% of people supported the unusual punishment.

Still, there were others who were confused about how this could possibly a thing, considering that there is no Chinese law that prescribes this type of punishment.

The Shenzen Police Department is one of the most popular in China. 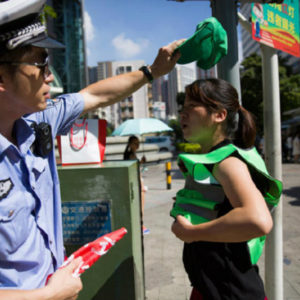 It’s famous for its unusual initiatives, which in the past have included making jaywalkers wear green hats and vests while directing pedestrian traffic, mounting dummy traffic policemen on the highway or issuing sword-shaped batons to its members. 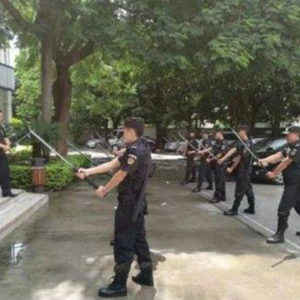