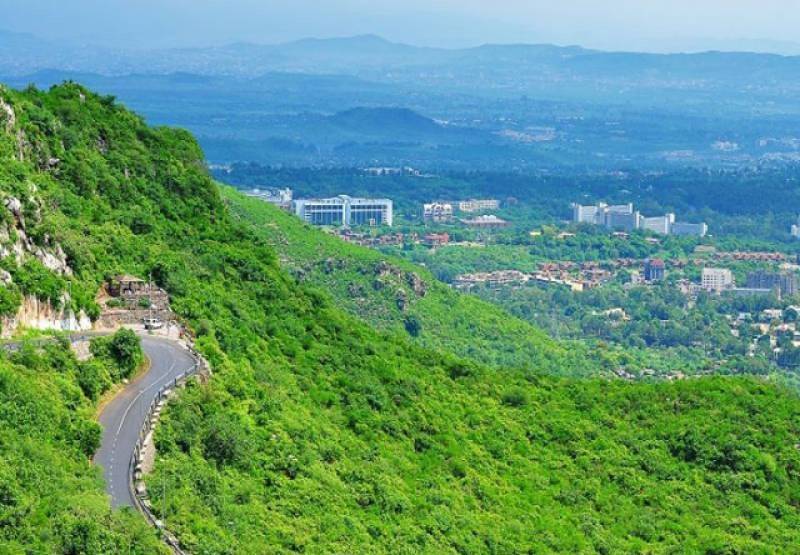 ISLAMABAD – The Islamabad High Court Friday banned all kinds of construction activity on the Margalla Hills – a hill range on the northern edge of the country’s federal capital.

Reports in local media cited that the court warned Islamabad Wildlife Management Board and Capital Development Authority for the violation of the court orders during a hearing against the illegal construction of commercial buildings on hills.

CJ IHC Justice Athar Minallah questioned how Capital Development Authority made agreements with private firms and allowed them to pay rent to the Farms Directorate. He also termed the practice ‘unconstitutional’.

Meanwhile, the CDA legal representative responded that the directorate didn’t just claim the land where accommodation facilities were built, but also 8,400 acres of the Margalla Hills.

The disclosure alarmed the court and Chief Justice summoned the Attorney General seeking his assistance in the matter while the court also issued notices to the Farms Directorate and CDA. The hearing was adjourned till November 9.

Earlier in September, the court directed to remove all encroachments carried out by various government entities, including Pakistan Air Force and Pakistan Navy in the Margalla Hills National Park.

Justice Minallah observed that the protected area had been encroached upon by the elites, the Islamabad Wildlife Management Board (IWMB). The court also scolded CDA officials for failing to serve notices on the institutions to remove the encroachments.