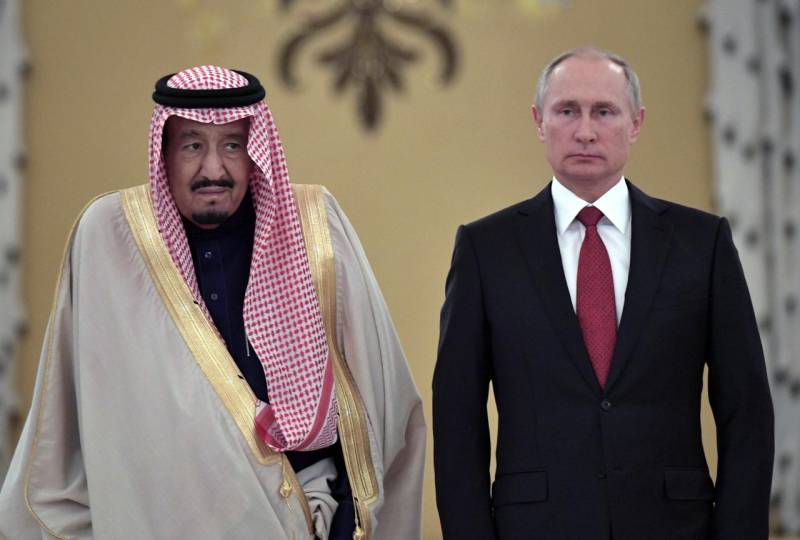 MOSCOW - Russian President Vladimir Putin hosted Saudi Arabia’s King Salman for talks at the Kremlin on Thursday, cementing a relationship that is crucial for determining world oil prices and could be pivotal for resolving conflicts in the Middle East.

According to the Kremlin, “the leaders will consider joint steps to further develop bilateral cooperation in the trade, economic, investment and cultural-humanitarian areas.”

Following the meeting, the two countries launched a joint energy investment fund worth $1 billion. The fund could include investments in natural gas projects and petrochemical plants.

"Nuclear power may become one of the basic sources and an extra catalyst for the development of various industries and innovation technologies in Saudi Arabia," he added.

“Parliamentary contacts show good dynamics and the two countries business circles maintain intensive dialogue," he said, adding that that significant progress has been made.

According to Novak, for the first time a substantial delegation from Saudi Arabia, including about 200 representatives and 85 CEOs of large companies has come to Russia.

"Eighty-five heads of the largest companies flew to Russia to establish links with Russian businesses and expand ties in all areas," the minister said.

Novak added that work is underway on a roadmap for the mid-term development of trade, economic, scientific and technical cooperation between Moscow and Riyadh.

Vladimir Putin and King Salman are expected to focus on extending the commitment to cut crude oil output production, which has helped prop up oil prices.