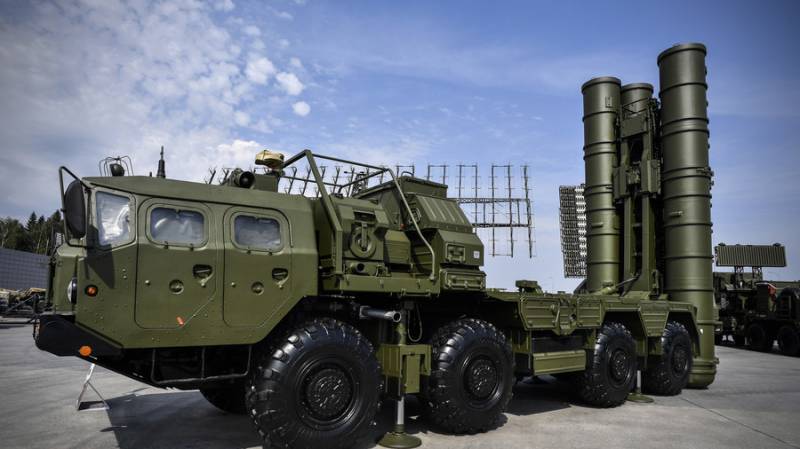 NEW DELHI - A contract for the delivery of five S-400 systems, one of Russia’s most advanced anti-aircraft weapons, has been signed between Moscow and New Delhi, the Kremlin has confirmed.

The advanced air defense system can defend against different kinds of a cruise and ballistic missiles. China was the first foreign nation to purchase S-400 systems.

With its S-400 purchase, India now risks being sanctioned under Washington’s Countering America’s Adversaries Through Sanctions Act (CAATSA), which targets countries that purchase arms from Russia.

During a joint media conference after their meeting, Putin said that Russia would work with India to boost bilateral cooperation in the United Nations, Shanghai Cooperation Organization (SCO) and G20.

The Russian leader also said both nations would coordinate counter-terrorism efforts. Modi noted that both countries support a multipolar world.

The two leaders also signed a deal on space cooperation. Modi said during the joint press conference that he hoped Russia would help India develop its space program. The Indian leader recently announced that he aims to send astronauts into space by 2022.

Putin stated during the press conference that they had discussed regional security issues, including counter-terrorism efforts in Syria, as well as the status of the Iran nuclear deal.

Modi hailed his country’s close ties to Moscow, saying that Russia has always "stood shoulder-to-shoulder with India in the energy sector and our goals."

Russia is the biggest military supplier

Modi's right-wing government has pursued closer ties with Washington since it came to power four years ago. Relations between India and Russia had taken a backseat.

But Russia still remains India's biggest military equipment supplier, accounting for 62 percent of India's total weapons imports during the past five years, according to the Stockholm Peace Research Institute.

The deal signed on Friday is a setback to US efforts to "isolate" Russia and it would now have to choose between "punishing" India or agreeing to a waiver.

"This would reinforce the continued strength of a Russia-India partnership even amid a growing US-India relationship," said Michael Kugelman from the Wilson Centre in Washington.

"The deal would also mark a major setback to any US efforts to undercut Russia. For Moscow, the inking of a major defence deal with one of Asia's key growing powers is no small matter."

Earlier this week, the US warned India against buying weapons from Russia, with a US State Department official urging "all of our allies and partners to forgo transactions with Russia that would trigger sanctions under the CAATSA".

"The US has made a law applicable to third countries so it must find the way out. Otherwise, it risks damaging its relationship with India," said Joshi.

All eyes on US reaction

India has hoped that the US administration will give it a “sanctions waiver” if it signs the S-400 deal with Russia, but US officials have given no clear signal they will. Last month, the Trump administration imposed sanctions on China as it started taking delivery of Su-35 fighter jets and S-400 systems.