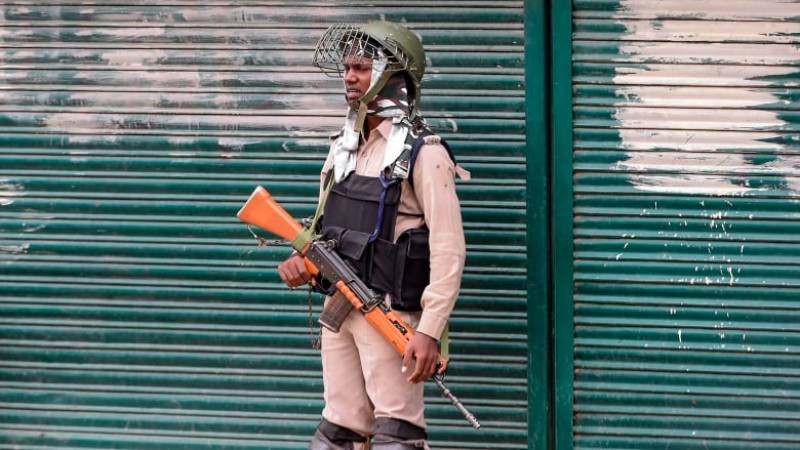 People continued to face immense hardships due to heavy presence of Indian troops in every nook and corner and suspension of means of communications, the Kashmir Media Service reported Saturday.

All shops, main markets and educational institutions continue to remain shut and public transport off the road in Kashmir valley as a mark of silent protest against repeal of special status of Kashmir by Narendra Modi-led communal Indian government. The residents of Kashmir valley are facing severe hardships due to shortage of essential commodities due to continued blockade and fast approaching winter.

ISLAMABAD – Prime Minister Imran Khan says that he understands the anguish of the Kashmiris in Azad Jammu and Kashmir ...

Meanwhile on Saturday, at least 10 people were injured after unknown persons hurled a grenade towards the deputy commissioner’s building in Islamabad district.

Indian premier Narendra Modi’s government says the scrapping of Jammu and Kashmir state’s special status was necessary to integrate it fully into the rest of India and spur development.

Kashmir is divided between India and Pakistan, who both claim the territory in full. More than 40,000 people have been killed in an insurgency in the Indian part of Kashmir since 1989.