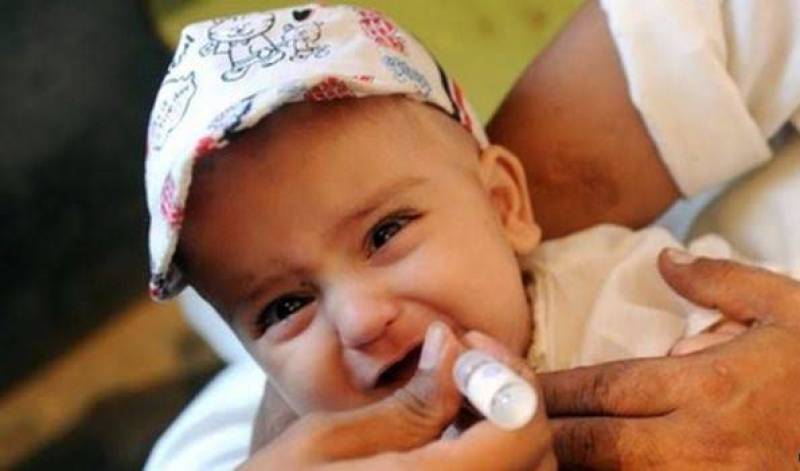 KARACHI - A 17-month-old girl from Union Council (UC-2) Orangi Town in Karachi has been reported to be the latest victim of polio, bringing the total number of crippling disease cases in the city to four and eighth (8th) across Sindh province.

The Emergency Operation Centre (EOC) for Polio in Sindh sharing details about the latest case here on Saturday said the child developed a fever and slight weakness in the right leg upon which she was taken to the doctors where the case was classified as acute flaccid paralysis (AFP) following which she was tested for polio.

Her right limb senses were, however, cited to remain intact. The concerned officials mentioning that as per the EPI card, the child had only received the BCG vaccine in routine immunization, they said required investigations are being made as to how many campaign doses of OPV were administered to her.

It may be mentioned that another girl child belonging to the same area was also registered to be inflicted with poliovirus only a few months ago.

The latest case confirmed on Saturday has brought the total number of polio to eight in Sindh during 2019 while affected districts were said to include Hyderabad with 2 Cases of polio, Jamshoro with 1, Larkana with 1 case and Karachi with 4 polio cases during the given period.

As per countrywide figures, 72 polio cases have been reported during the current year including 53 cases are from KP/KPDT, 8 are from Sindh, 6 are from Balochistan and five from Punjab.

The Emergency Operation Centre for Polio officials announced that they would now have aggressive campaigns from November 2019 to June 2020, aiming not only to stop polio cases but instead eradicate polio from the environment.

The EOC and Medical Associations such as the Pakistan Paediatric Association strongly recommend parents to cooperate with polio teams and give their children polio drops during every polio campaign and also inside that the routine immunization of their children is complete so that they can be saved from childhood diseases.