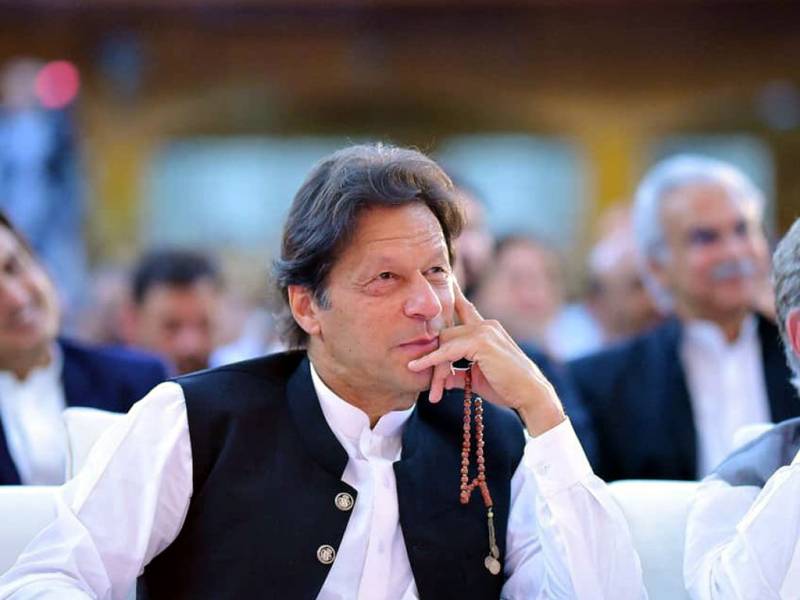 ISLAMABAD – Pakistan’s Prime Minister Imran Khan on Tuesday turned 69 and was greeted by a number of supporters, and fans who wished him on social media. Khan was born on October 5, 1952.

The cricketer-turned-politician, who made it to PM office after over a two-decade-long political struggle, has shared a video on his Facebook handle that spans his sportsman and political career.

The video titled "69 years of struggle, resilience and success!" carries the premier's motivational quotes and also provides some shots from the 1992 World Cup victory and his political campaign.

Cricket Body handles and fans also shared his achievements as a champion cricketer; cricketer turned politician led his team to victory in the World Cup.

Happy birthday to the man who led @theRealPCB to @CricketWorldCup glory in 1992, the one and only Imran Khan 🍰 pic.twitter.com/b11zplCyQD

Imran Khan was dropped for 3 years after his Int'l debut. Pakistan won only 1 out of their first 5 ODIs in 1992 WC but won the next 5 ODIs & Imran retired winning the World Cup for Pakistan in his last Int'l. Pakistan & Imran never gave up. Happy Birthday, Legend @ImranKhanPTI.

Khan was the only son out of the five children of Ikramullah Khan Niazi and Shaukat Khanum. He received his primary education from Lahore, then moved to Britain for higher education, where he graduated from Oxford University.

He returned back to Pakistan in 1971 and joined Pakistan's national cricket team. He served as the captain of the team from 1982 and 1992 and the South Asia country bagged the country’s only world cup in 1992.

ISLAMABAD – Prime Minister Imran Khan has left her fans and followers awe-struck with a glimpse of his cute ...

Ending his career, he entered the world of philanthropy and laid the foundation of Shaukat Khanum Hospital in the name of his mother who died battling the deadly disease.

Khan later formed his political party in 1996 while he struggled for more than a decade before being popular among the Pakistani youth. PTI first succeeded in forming a government in Khyber Pakhtunkhwa in 2013 and came to power in the center in 2018.

Prime Minister Imran Khan has left his admirers mesmerized with a childhood picture with family on his social media ...