DNC speaker who took the US by storm, Khizr Khan, warns of a grave danger to American Muslim 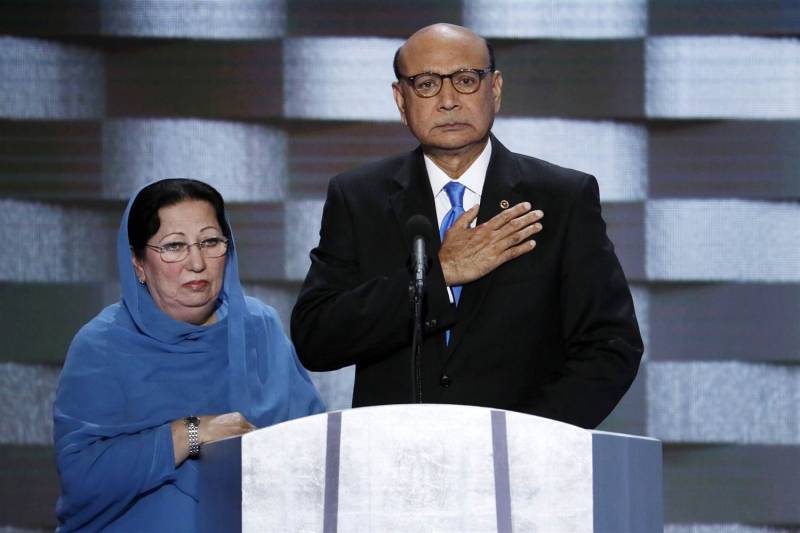 WASHINGTON - Khizr Khan, the father of the fallen US soldier, who grilled Republican presidential nominee Donald Trump at the recent DNC event, has said that the assault on Islam and Muslim community in America will not end in November when people will vote in the presidential elections, but it will continue even after that.

He made the statement while speaking at the annual gathering of the Islamic Society of North America convention in Rosemont, Illinois, where Khizr Khan and his wife Ghazala Khan were presented with the 'Outstanding Ambassadors of Islam Award'.

In his address to the largest American Muslim gathering, Khan said that few people believe the assault against Islam and anti-Muslim rhetoric will end in November, they are mistaken, it is beyond elections.

He urged the American Muslim community to play a key role to shape the US society at this time of chaos, further adding "The ink of the pen of the scholars is more sacred than the blood of the martyrs."

On the occasion, his wife Ghazala Khan also thanked the audiences for the respects.

"I'm so grateful for all of you and all of America and all of the world, I feel so close to you guys ... I have given one son and got this many back," she said.