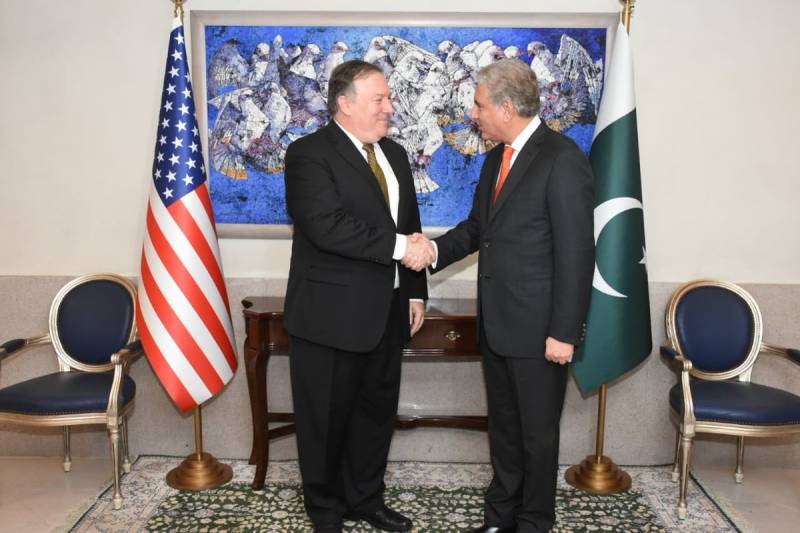 ISLAMABAD - Foreign Minister Shah Mehmood Qureshi underscored the need for resetting the ties between the United States of America and Pakistan on the basis of mutual trust and respect.

In his first meeting on Wednesday with top US delegation comprising Secretary of State, Mike Pompeo and military chief, General Joseph Dunford, the minister discussed bilateral, regional and international issues at the foreign office. 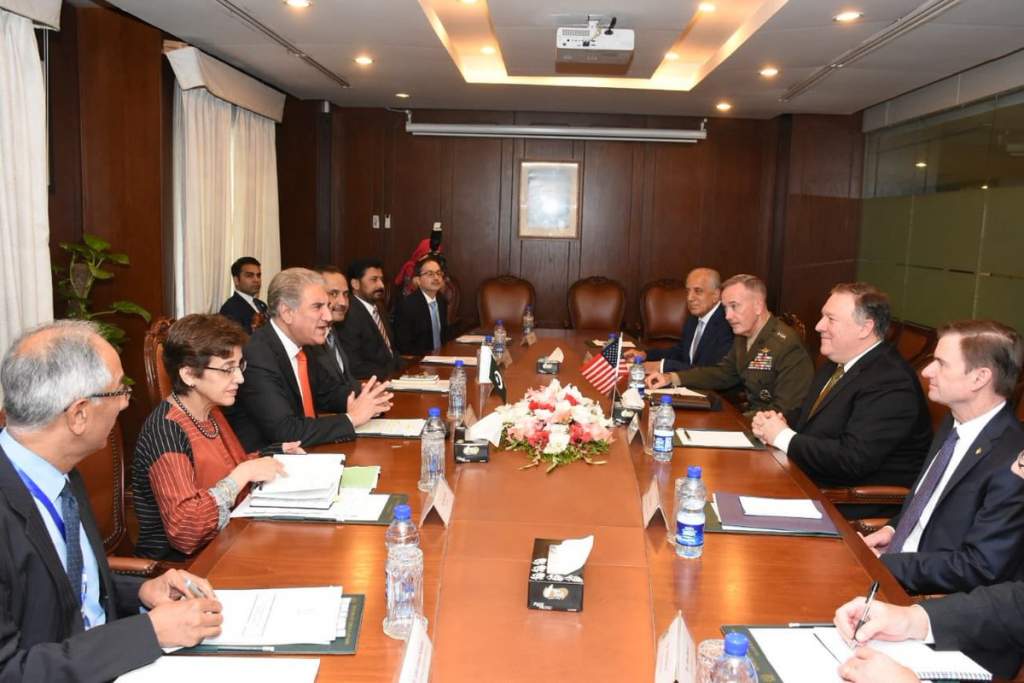 According to a tweet by Dr Faisal, the spokesperson for the foreign office, Pakistan's national interests would remain supreme.

The visit of the US delegation has significance as it is going to happen at a time when the relations between both countries are at the standstill due to undue pressures from the Trump administration on Pakistan to do more.

The visit also comes days after US military said it has made a final decision to cancel $300 million in Coalition Support Funds (CSF) to Pakistan that had been suspended over alleged failure to take decisive action against militants, in a new blow to deteriorating ties.