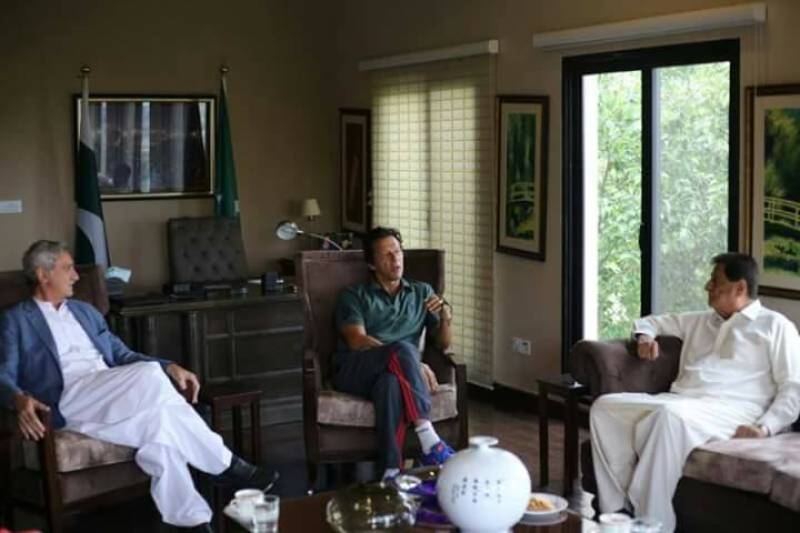 The decision was made as the former Pakistan Muslim League-Nawaz leader called on Imran Khan at Bani Gala.

Liaquat Jatoi is currently the leader of Awami Ittehad Party and the announcement regarding his inclusion in PTI would be made during a rally in Daud, Jatoi’s hometown, on April 22.

Reportedly, Jatoi has also requested Imran Khan to become a part of the rally.

The meeting was also attended by Jahangir Khan Tehreen, Dr Arif Alvi, Deewan Sachal along with other party leaders who also discussed problems of people in Sindh.

It may be mentioned here that Jatoi had served as the chief minister of Sindh from 1997-98 through PML-N's platform. He has been in electoral politics from 1977 and has been overpowering his rivals through his ancestral seat in Mehar Tehsil of Dadu district.

Jatoi switched parties and joined PML-Q camp after the ouster of prime minister Nawaz Sharif in 1999. In 2002, Jatoi was elected to the National Assembly and later inducted into the federal cabinet as a minister.

Jatoi lost elections in 2008 and was declared runner-up in 2013 elections. However, he challenged the decision and the tribunal, subsequently, gave a verdict in his favour but he had to vacate the seat on a court order.

The inclusion of Liaquat Jatoi in PTI is pivotal in the aftermath of political giants eyeing an entry into Sindh. The province which is considered a stronghold of Pakistan peoples Party has also been in focus of prime minister Nawaz Sharif who is sporadically visiting the region in a bid to lure in electable for next general elections.

On the other hand, former president Asif Ali Zardari has also intensified efforts to realign his partners to grab power in the centre through Sindh.