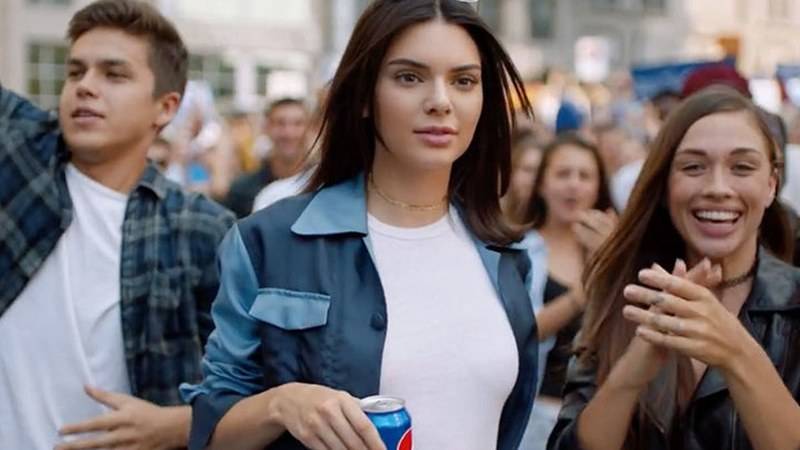 The ad was posted on Tuesday. Kendall Jenner sees protesters marching, removes her wig and joins the crowd. The whole crowd gets excited as she handed a can of Pepsi to a police officer, prompting him to smile while protestors cheer and hug.

Kendall Jenner gives a Pepsi to a cop and rids the world of -isms. Y'all can go somewhere with this tone-deaf, shallow and over-produced ad. pic.twitter.com/CEr4cAw3Ld

The worst part of the Pepsi commercial is when Kendall decides to protest racism by making a black woman hold her wig. pic.twitter.com/NEfSwXqJvm

CEO: Rick, you're a genius... pic.twitter.com/mmPVKrZghG

Pepsi has withdrawn and apologized for the new campaign saying, "Pepsi was trying to project a global a message of unity, peace, and understanding.

"Clearly, we missed the mark, and we apologize. We did not intend to make light of any serious issue.

"We are pulling the content and halting any further rollout. We also apologize for putting Kendall Jenner in this position."

This is not the first time Pepsi has apologized for an advertisement. In 2013, the soft drink ad for Mountain Dew was also criticized for portraying racial stereotypes and appearing to make light of violence toward women.