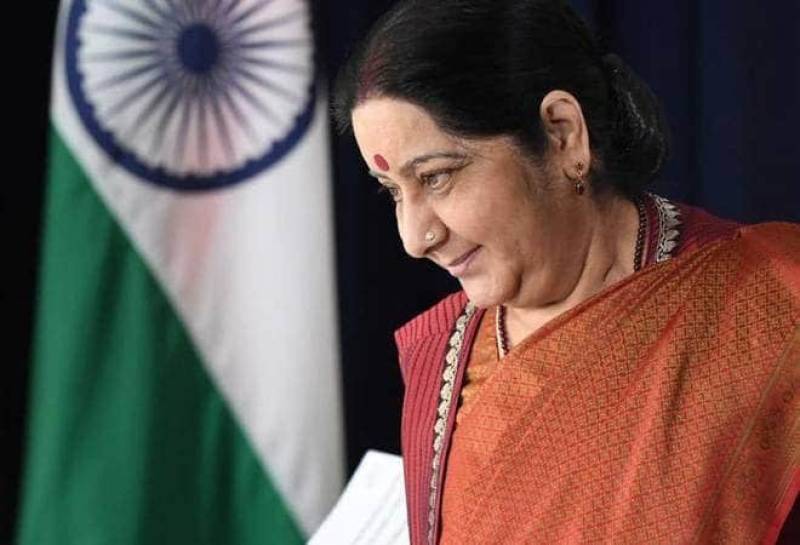 The veteran politicians of the ruling Bharatiya Janata Party (BJP) was 67. She was admitted to All India Institute of Medical Sciences (AIIMS) in a critical condition on this evening.

A glorious chapter in Indian politics comes to an end. India grieves the demise of a remarkable leader who devoted her life to public service and bettering lives of the poor. Sushma Swaraj Ji was one of her kind, who was a source of inspiration for crores of people.

In another tweet, he wrote: "Sushma Ji’s demise is a personal loss. She will be remembered fondly for everything that she’s done for India. My thoughts are with her family, supporters and admirers in this very unfortunate hour."

We are saddened to hear about the untimely demise of Smt Sushma Swaraj. Our condolences to her family and loved ones. pic.twitter.com/T9wg739c8i

In 1977, Sushma Swaraj became the youngest ever Cabinet minister in the South Asian country at the age of 25.

She also held the distinction of being the first female chief minister of capital Delhi. Sushma was also the first and the only female MP honoured with India's Outstanding Parliamentarian Award.

A former Supreme Court lawyer, Swaraj served as the Minister of External Affairs of India from 26 May 2014 to 30 May 2019; she was the second woman to hold the office, after Indira Gandhi.

Last November, she had announced she will not be contesting the 2019 Lok Sabha elections.