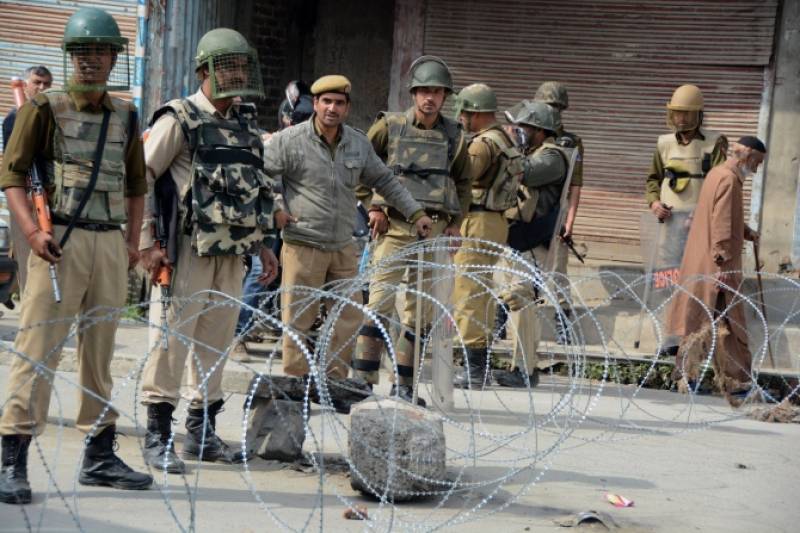 SRINAGAR - Indian authorities have imposed undeclared curfew imposing a complete bar on the movement of people, holding of any kind of public meetings and rallies in length and breadth of the territory in Occupied Kashmir.

According to Radio Pakistan, all educational institutions have been closed while Internet services snapped across occupied Jammu and Kashmir.

As per the government order, identity cards of essential services will be treated as curfew passes.

Additional paramilitary forces have been deployed across Kashmir Valley and Jammu region.

The entire resistance leadership including Syed Ali Gilani and Mirwaiz Umar Farooq has been placed under house arrest or detained in jails.