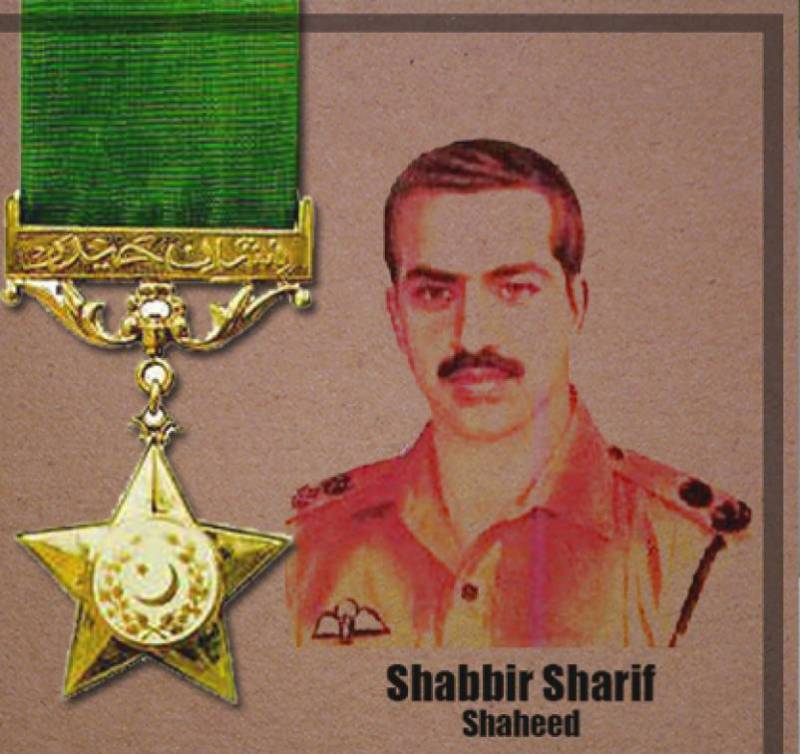 LAHORE – The 51st martyrdom anniversary of Major Shabbir Sharif Shaheed, a warrior who showed unmatched valor while defending the motherland and embraced martyrdom 51 years ago at Sulemanki Sector during the 1971 war.

To pay homage to one of the most decorated officers of the Pakistan Army, a wreath-laying ceremony was underway at his mausoleum in Lahore. A smartly tuned out contingent presented him a guard of honour.

Every year, the battalion of the Frontier Force Regiment in which Major Shabbir Sharif was commissioned, observes ‘Shabbir Day’ with great solemnity and gratitude.

Maj Shabbir, a recipient of the Sword of Honour, Sitara-i-Jurrat in the 1965 War, and Nishan-i-Haider in the 1971 War was the only person ever who received both bravery awards. He was also awarded the Sword of Honour at the Pakistan Military Academy upon graduation.

In December 1971 Sharif, being a company commander, 6th Frontier Force Regiment, was ordered to capture high ground near Sulemanki Headworks defended by more than a company of the Assam Regiment supported by a squadron of tanks.

The valiant officer captured that area, killing forty-three enemies and destroying four tanks. Sharif and men also repulsed a counterattack by two enemy battalions. On December 6, 1971, he was directly hit by a tank shell and embraced martyrdom.

Sharif has a prominent military background as he is the nephew of another Nishan-e-Haider holder Raja Aziz Bhatti. Shabbir Sharif is the elder brother of former Chief of the Army Staff of Pakistan General Raheel Sharif.