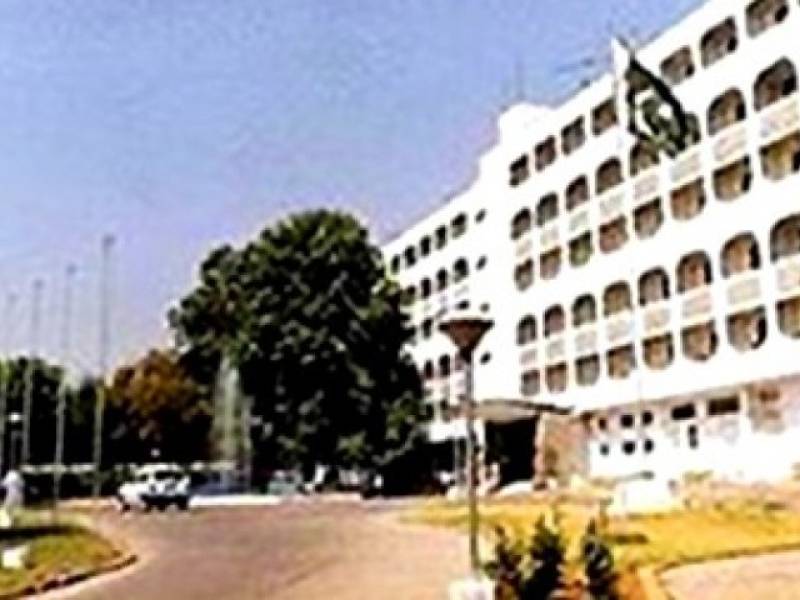 ISLAMABAD (Web Desk) - Pakistan urged its neighboring country India to honour the commitment made by first Prime Minister Jawaharlal Nehru that promised a peaceful solution to Kashmir dispute according to the will of Kashmiri people.

Foreign Office Spokesperson Tasneem Aslam regretted that in its efforts to rewrite history, India has forgotten the acknowledgement and commitment made by its first prime minister in the context of Kashmir dispute, during weekly media briefing.

The spokesperson said that the sacrifices rendered by Kashmiri youth for their just struggle have made it clear that they do not accept the forced union with India.

Tasneem Aslam said that the elections that are conducted by India under gun in the held valley are not substitute to the right of self-determination of Kashmiri people.

The FO spokesperson said that unlike India, Pakistan’s stance on Jammu & Kashmir is based on the UN resolutions, international law and underpinned by political and moral principles.

The spokesperson told media persons that the Chinese President Xi Jinping will visit Pakistan in 2015.

“The two sides will cover the entire spectrum of bilateral relations and will discuss regional issues of common interest as per our tradition and practice,” she said.

The spokesperson said that we have signed a trilateral agreement with the Afghan government and the United Nations High Commissioner for Refugees (UNHCR) for their return to their homeland by December 2015.

“We would like to see the UNHCR work with the Afghan Government to create a pull factor for Afghan refugees to go back,” Aslam said.

Moreover, she said that we have been encouraged by the Afghan President Ashraf Ghani’s statement that he attaches the highest priority to the return of Afghan refugees and we hope that the ground is being prepared for their early return.