Pakistan stands with Kashmiris in their struggle for freedom 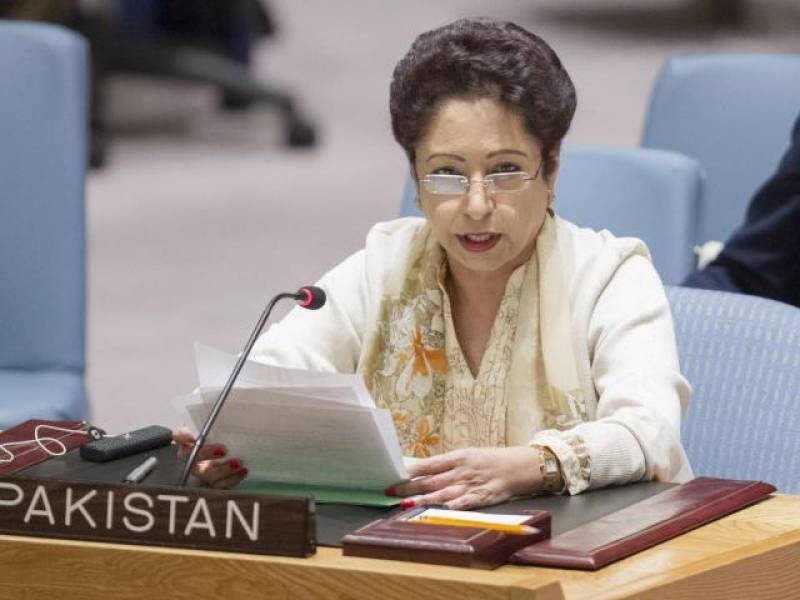 NEW YORK (Staff Report) - Pakistan will continue to support the valiant struggle of Kashmiri people for freedom and self-determination as it has always done, Ambassador Maleeha Lodhi told a large gathering of Kashmiri and Pakistani community members on Friday evening.

"Until Kashmir is independent, our moral, political and diplomatic support to the Kashmiri people will continue," Dr. Lodhi, Pakistan's permanent representative to the United Nations, declared at the meeting organized by the Consulate General of Pakistan to mark Kashmir Solidarity Day.

"We will steadfastly support the struggling people of Kashmir... This comes from the heart," she said.

The ambassador said Prime Minister Muhammad Nawaz Sharif had forcefully and clearly reaffirmed Pakistan's stand on the Kashmir dispute before the international community when he addressed the U.N. General Assembly in September and again on Thursday when he spoke to the Azad Kashmir Legislative Assembly.

The prime minister had called for a just settlement of the decades-old dispute in accordance with relevant U.N. resolutions and the wishes of the Kashmiri people.

At the same time, Dr. Lodhi said efforts were being made to resume the comprehensive dialogue with India for resolution of all outstanding issues, including Jammu and Kashmir. She said there would be no peace in South Asia without the resolution of the core dispute of Kashmir.

The ambassador said the Pakistan Mission continues to highlight the Kashmir issue and the suffering of the Kashmiri people in various fora of the United Nations in an effort to push the world body towards its resolution. The mission was also watchful against sinister attempts from various quarters to reduce the importance of the issue.

Consul General Raja Ali Ejaz urged the audience to step up their efforts to apprise American politicians, lawmakers and common citizens of the situation in Kashmir. Such an approach would build up support for the cause of Kashmir.

Other speakers, including Rohail Dar, president of PML-N, USA, and Sardar Sawar Khan, a former member of Azad Jammu and Kashmir Council, thanked Pakistan for its continued support to the Kashmir cause and urged the international community to help resolve the decades-old dispute in accordance with the aspirations of the Kashmiri people and protection of their fundamental rights.

Rohail Dar paid tributes to Prime Minister Muhammad Nawaz Sharif efforts to breathe new life into the Kashmir dispute. "There has never been such clarity on the Kashmir issue," he said.

Sardar Sawar Khan gave historical background of the Kashmir dispute and said the Kashmir movement was based on two-nation theory that led to the establishment of Pakistan.