Pakistan lead by 200 runs against South Africa in Rawalpindi Test 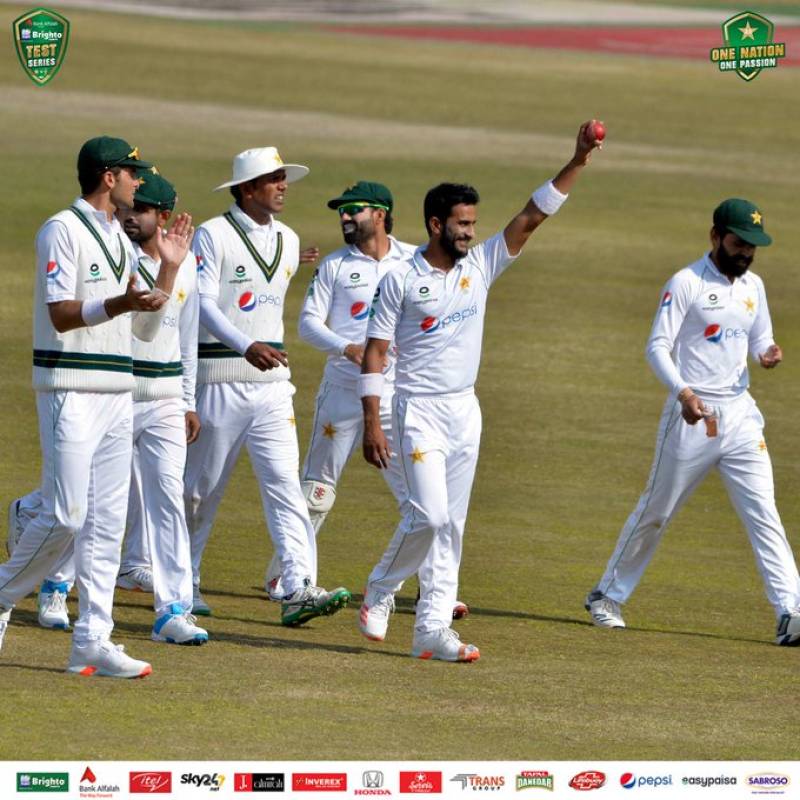 RAWALPINDI - Pakistan on Saturday closed the day on 129-6 with an overall lead of 200 and four wickets intact on a tacky Rawalpindi stadium pitch which has cracks to help slow bowlers.

Linde removed Ashraf caught in covers, leaving Hasan Ali not out on nought when bad light ended the game.

The day could have ended in South Africa's domination had Ashraf and Rizwan not been dropped off the two spinners.

Ashraf was yet to get off the mark when Dean Elgar grassed an edge off Linde in slips while Rizwan was four when Rassie van der Dussen let off a sharp chance off Maharaj.

Who knows what today will bring, but one thing we are guaranteed is DRAMA!

Pakistan would hope another 50 runs on day four could win them the match and the series, having won the first Test in Karachi by seven wickets.

Hasan's 5-54 his second five-wicket haul in Tests restricted South Africa's first innings to 201, giving the home team a lead of 71.

Pakistan had made 272 in their first innings, but South Africa reduced them to 42-2 by tea.