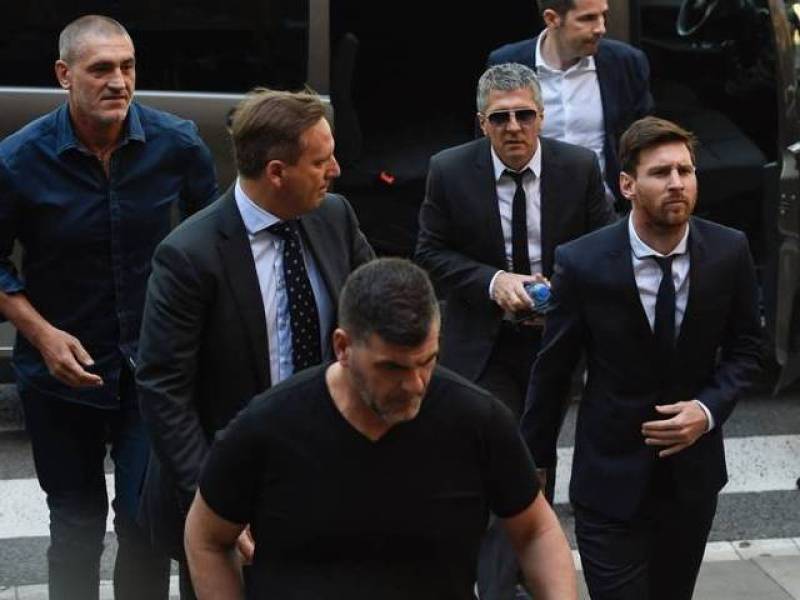 BARCELONA (Web Desk) - Soccer wizard Lionel Messi appeared in court in Barcelona for the first time on Thursday, accompanied by his father , Jorge Horacio, to respond to charges of tax evasion leveled against him.

During the proceedings, he pleaded innocence, saying that he did not know anything.

"I trusted my dad and my lawyers," Messi added.

Related: Messi to go on trial in Spain for tax fraud

"All I knew was that we signed agreements with certain sponsors, for some amount of money and that I had to do adverts, photos; but about the money and where it went I knew nothing," Messi told the court.

Messi's father vindicated his son by confirming that he had dealt with the star footballers financial matters.

According to the details, the two are accused of using a chain of fake companies to avoid paying taxes on 4.16 million euros ($4.6 million) of Messi’s income.

The Barcelona forward and his defense team have long argued that Messi’s father handled the footballer’s finances without reporting to him.

Spanish prosecutors are seeking a jail sentence of 22-and-a-half months for them if they are found guilty, plus fines equivalent to the amount that was allegedly defrauded.

It is pertinent to mention that Messi and his father made a voluntary payment of 5.0 million euros ($5.6 million)– equal to the amount of the alleged unpaid taxes plus interest in 2013.

To catch a glimpse of Messi, onlookers and photographers lined up in a huge number outside the court. Many of his fans jeered though some slammed him for his alleged involvement in tax fraud.