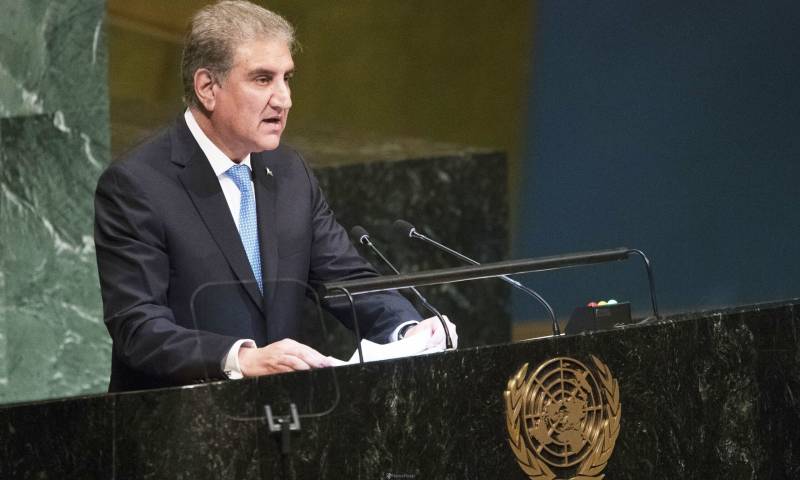 Those attended, included the Permanent Representatives of Azerbaijan, Niger, Pakistan, Saudi Arabia and Turkey as well as the OIC Observer Mission in New York.

In his keynote address (delivered through a recorded video message) to the OIC Contact Group Ambassadors, Foreign Minister Makhdoom Shah Mahmood Qureshi thanked the OIC for effectively articulating the voice of the Islamic Ummah in solidarity and support with the Kashmiris.

He commended the New York Chapter of the Contact Group for its role in drawing attention to the plight of the Kashmiris at the UN.

Highlighting grave concerns over Indian moves in Indian Occupied Kashmir (IOK) which, inter alia, entail changing the demographic structure of the occupied territory, the Foreign Minister called on India to rescind its illegal and unilateral actions in IOK; halt its egregious human rights violations; provide access to human rights organizations, including the UN fact finding mission and OIC IPHRC; and seek a peaceful settlement of the Jammu and Kashmir dispute in accordance with the UNSC resolutions and wishes of the Kashmiri people.

The Ambassadors reiterated the OIC’s unwavering support to the just cause of the Kashmiri people.