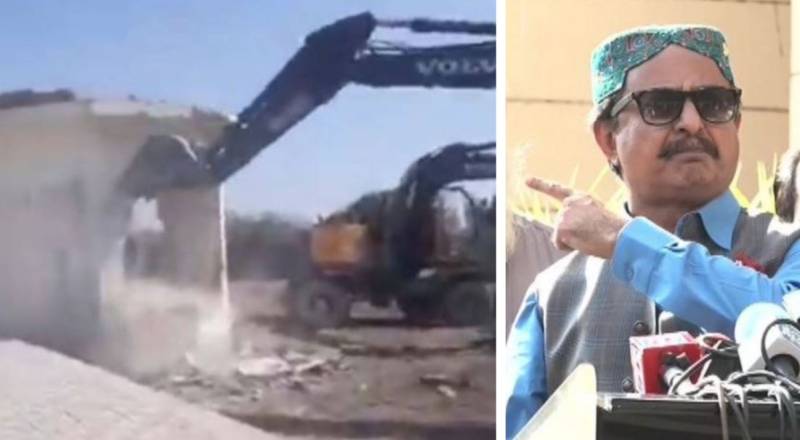 KARACHI – The Sindh Building and Control Authority on Saturday demolished an illegally constructed farmhouse owned by Haleem Adil Sheikh of the ruling party in Malir district.

The farmhouse of Pakistan Tehreek-e-Insaf Central Vice President and Opposition Leader in Sindh Assembly has demolished during an anti-encroachment operation commenced in Malir in which more than 500 acres of government-owned land has been retrieved.

Deputy Commissioner Malir directed the anti-encroachment operation. At least 200 illegal farmhouses owned by political and religious leaders as well as police officers were razed during the operation.

The retrieved lands were cancelled on December 11, 2018, which were leased for agriculture and cattle farming and were illegally bought and sold for commercial activities.