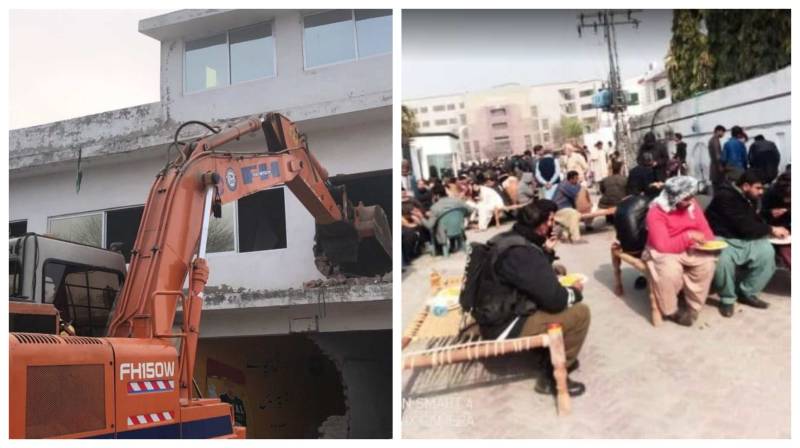 The video about the PML-N stalwart humble gesture is making rounds on social media in which the officials and police personnel can be seen having lunch at the demolished palace.

PML-N leader shared the event on social media. He captioned the post with ‘Some people came to demolish my house but we are bound to be hospitable toward everyone’.

A heavy contingent of security personnel blocked roads leading to the residence with containers, whereas the media was also barred from entering the area where the operation was taking place.

The rear part of two houses near the palace was demolished, as the administration moved to recover government land in Johar Town.

The authorities claimed to have relinquished 38 kanals land. Sources revealed that the value of the land is nearly Rs1.25bn.

LAHORE – The Supreme Court has ordered the Anti-Corruption Department director general to take control of Pakistan ...