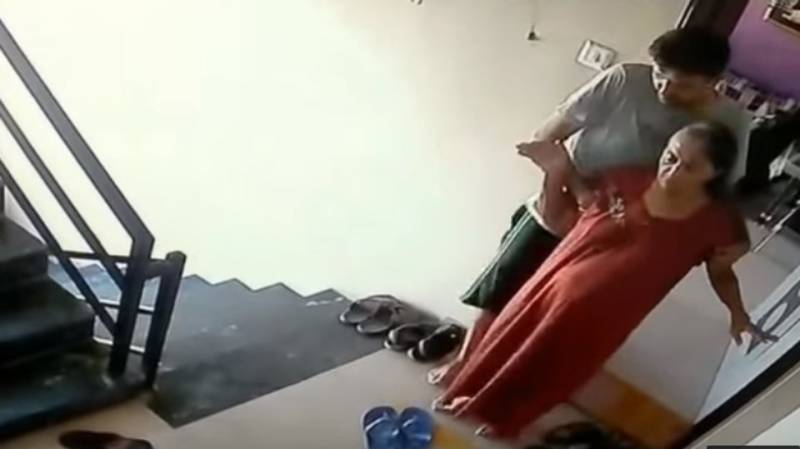 RAJKOT - In one of the most shocking and gruesome crimes that puts all of humanity to shame, a man in western India killed his ailing mother because he no longer wanted to look after her.

The crime took place around three months ago in the Darshan Avenue building in the Gandhigram area of Rajkot, Gujarat.

Sandip Nathwani, who teaches in a local Pharmacy college in  Rajkot, allegedly pushed his mother Jaishree Ben Nathwani to death on September 29 as he was “fed up” with her illness, according to police.

The 36-year-old assistant professor was arrested earlier this week, according to Hindustan Times.

His mother was suffering a brain haemorrhage. She lived with her son, his wife and their two daughters.

So far, police had been treating it as a suicide case. But things took an interesting turn when the police received a letter which said that Jaishree Ben was in fact murdered.

The police re-opened the case and went through the footages of the CCTV cameras installed in the building. It showed that Sandip took his mother, who could barely walk, to the terrace. He then wore his mother's slippers and walked downstairs straight into his house.

The police came to this conclusion as Sandip was present on the terrace at the time when Jaishree Ben died.

Sandip has confessed to killing his mother and has told the police that he committed the heinous crime as he was tired of taking care of his ailing mother.

Police registered an FIR against Nathwani under section 302 (Punishment for murder) of the IPC on the basis of the application received by them.