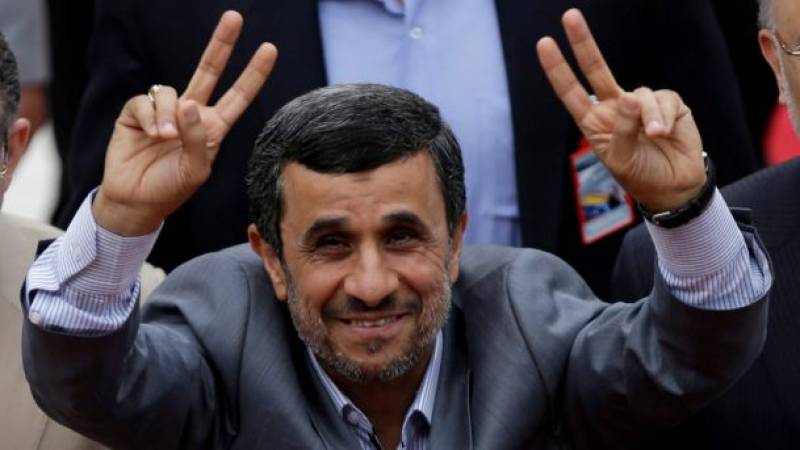 The newspaper said that Ahmadinejad, during a visit to the western city of Bushehr on December 28, said, “Some of the current leaders live detached from the problems and concerns of the people, and do not know anything about the reality of society.”

He supposedly added that Iran was suffering from “mismanagement” and that the government of President Hassan Rouhani “believes that they own the land and that the people are an ignorant society.”

According to Al-Quds Al-Arabi, Ahmadinejad’s comments, which came as anti-government protests over the economy were heating up, led to his arrest.

The news comes hours after Iran took aim at the US and Israel, accusing the two nations of inciting protests against the regime in Tehran.

President Rouhani slammed President Trump and Israeli Prime Minister Benjamin Netanyahu for attacking the Iranian government, and standing with its people as they demand more freedom.

Iran’s state TV on Saturday showed pro-government rallies in several cities, starting with Amol, in the northern province of Mazandaram, with hundreds of people waving the Iranian flag and chanting slogans against the US and Israel.

On the other hand, the widespread anti-government protests over rising inflation and unemployment rates entered ninth day.

At least 21 people have been killed, and hundreds have been arrested.