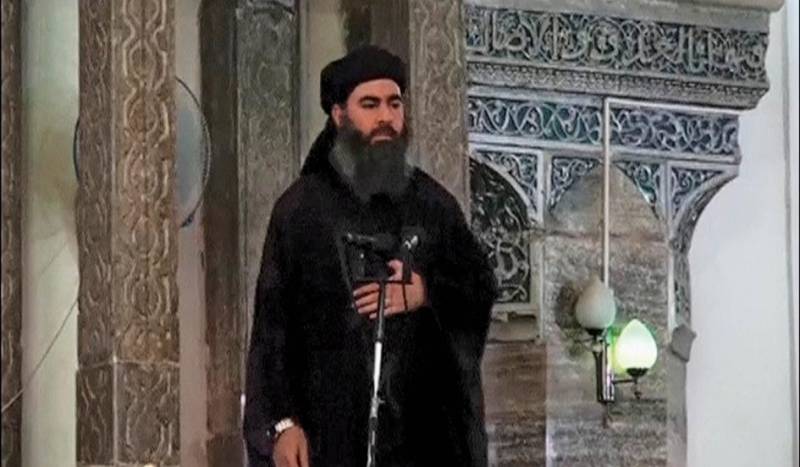 BAGHDAD (Web Desk) - The leader of Islamic State Abu Bakr al-Baghdadi has been seriously wounded in an air strike in western Iraq, reported Guardian while quoted a source.

A source in Iraq with connections to the terror group revealed that Baghdadi suffered serious injuries during an attack by the US-led coalition in March. The source said Baghdadi’s wounds were at first life-threatening, but he has since made a slow recovery. He has not, however, resumed day-to-day control of the organization, said the newspaper on Tuesday.

Baghdadi’s wounding led to urgent meetings of Isis leaders, who initially believed he would die and made plans to name a new leader.

Two separate officials – a western diplomat and an Iraqi adviser – separately confirmed that the strike took place on 18 March in the al-Baaj a district of Nineveh, close to the Syrian border. There had been two previous reports in November and December of Baghdadi being wounded, though neither was accurate.

The diplomat confirmed that an air strike on a three-car convoy had taken place on that date between the village of Umm al-Rous and al-Qaraan. The attack targeted local Isis leaders and is believed to have killed three men. Officials did not know at the time that Baghdadi was in one of the cars.

Hisham al-Hashimi, an Iraqi official who advises Baghdad on Isis, told the Guardian: “Yes, he was wounded in al-Baaj near the village of Umm al-Rous on 18 March with a group that was with him.”

Baghdadi is understood to have been spending much of his time in al-Baaj, about 200 miles west of the Isis stronghold of Mosul. “He chose this area because he knew from the war that the Americans did not have much cover there,” said a source privy to some of Baghdadi’s movements.