'Tramps against Trump': These girls will send you nudes for voting against Donald Trump 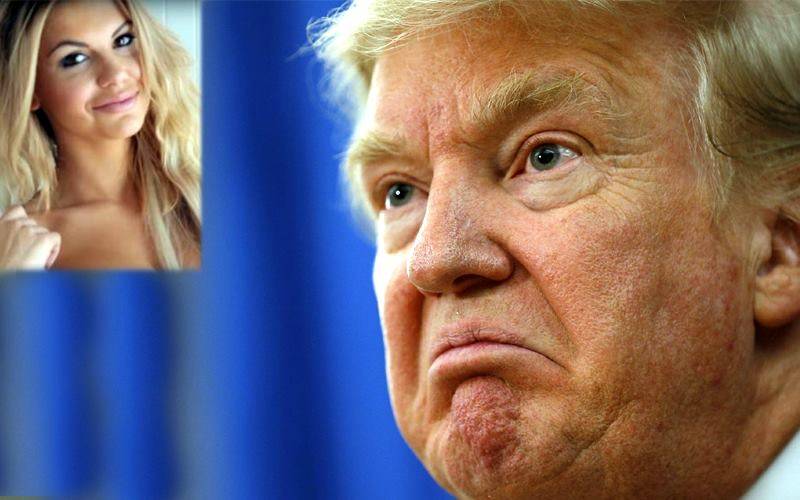 NEW YORK (Web Desk) - A new campaign is encouraging Americans to vote for anyone besides Donald Trump, the Republican nominee for the upcoming US presidential elections in November.

In exchange for performing this "civic duty", ‘Tramps Against Trump’ will send you a nude photo of your liking.

The group is the American version of ‘Sluts Against Harper’, a campaign launched in opposition to Stephen Harper, Canada's former prime minister who was defeated by Liberal Justin Trudeau in the country's 2015 election.

Apparently, all you need to do to avail the offer is take a picture of yourself outside a polling station, and then direct message it to the group on Instagram. You don't even have to show who you're voting for.

The group makes it clear that it doesn't care who you vote for as long as you're against Donald Trump.

In response to your polling place picture, you'll get a nude photo that fits your personal preference. And just to be clear, this isn't just for men wanting to ogle women. Tramps Against Trump has someone for everyone.

While many of the photos on the campaign's Instagram account - which, at the time of publication, was offline - currently feature women, Tramps Against Trump claims to support all genders and sexualities.

According to Tramps Against Trump's FAQs, the group “does NOT endorse any presidential candidate, we simply are advocating for anyone BUT TRUMP.”

Even without campaigns like Tramps Against Trump, gender and sexuality have been important in the 2016 election. Trump, who owned the Miss Universe pageant until he sold it in 2015 and once defended his penis size during a GOP debate, has been widely criticized and defended, in some quarters, over his treatment of women.

To get a nude photo, all American voters have to do is send the group a direct message with a photo of him/her outside a polling station, and ‘Tramps Against Trump’ will reward them with some "democratic nudity", as long as they are 18 years old and above.

The group also recommends against take photos inside voting booths, which is illegal in some states.

For those interested in one baring it all, the campaign provides an opportunity to send a censored photo which may be posted on the group's social media accounts.

The collective is also starting a Snapchat account, with the handle "trampsxtrump".