Mohammad Sadiq Khan served as Pakistan's ambassador to Afghanistan from 2008 to 2014. 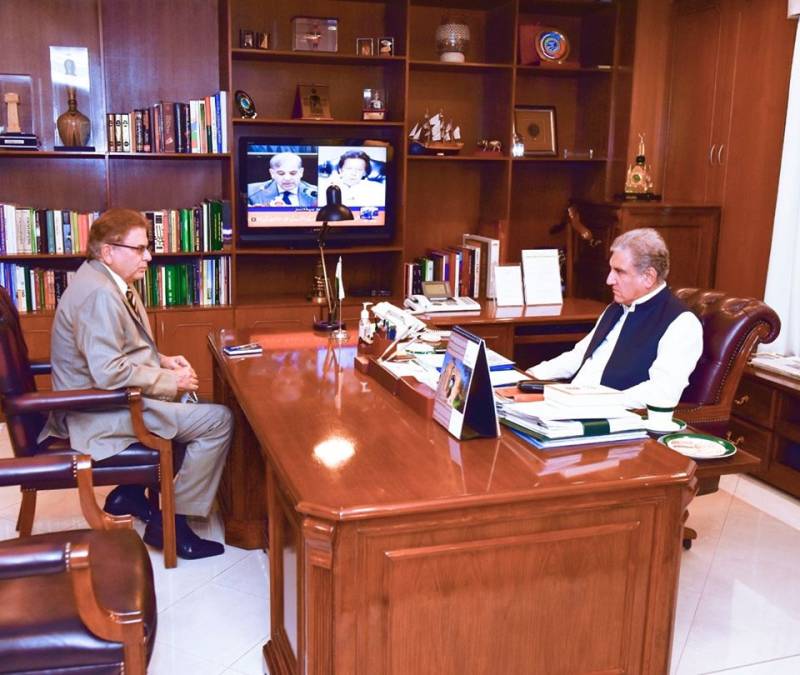 ISLAMABAD – The Pakistani government has appointed a senior diplomat as its special ambassador to Kabul following spearheaded efforts to start intra-Afghan negotiations aimed at ending Washington’s longest war in Afghanistan.

Mohammad Sadiq Khan, who had served as Pakistan's ambassador to Afghanistan from 2008 to 2014, called on Foreign Minister Shah Mehmood Qureshi soon after the announcement of his new assignment in the federal capital, a statement from the Foreign Ministry said on Saturday.

Khan, a former spokesman of the ministry, would play “an effective role in strengthening ties” between the two neighboring countries, the statement added.

Qureshi, in his remarks, said lasting peace and stability in Afghanistan is indispensable for construction and development of the entire region.

“Pakistan sincerely played its constructive role in Afghan peace process, which is now being acknowledged by the world community as well,” he said while talking to Ambassador Sadiq.

“Islamabad will continue to play its vigorous role in maintaining regional peace and stability,” he added.

In December 2018, Pakistan arranged rare direct talks between Washington and the Taliban, paving the way for the Doha peace deal between the two sides.

Pakistan also facilitated the landmark first round of direct talks between the Afghan government and the Taliban in Islamabad in July 2015. That process broke down after the Taliban announced the death of their long-time leader Mullah Omar, triggering a bitter internal power struggle.