13th-century fortress may have belonged to Genghis Khan 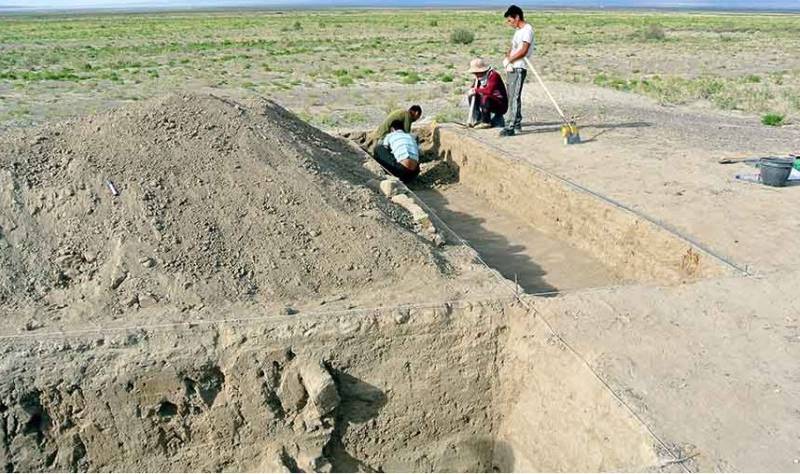 MORIGUCHI, JAPAN (Web Desk) - Japanese and Mongolian archaeologists have investigated a structure they say was commissioned for Genghis Khan by a close aide in 1212. The site, located in southwestern Mongolia, was first photographed from the air and surveyed in 2001 because its geographical features were similar to the landscape depicted in a medieval travel book.

Surrounded by an earthen wall, the castle may have served as a military base when Genghis Khan was invading central Asia. Thirteenth-century Chinese ceramics were also recovered at the site.

“We hope the discovery will be useful in ascertaining the history of the Mongolian Plateau between the thirteenth and fourteenth centuries,” team leader Koichi Matsuda of Osaka International University told The Asahi Shimbun. To read about the search for great khan's tomb, see "Genghis Khan: Founder of the Mongol Empire."