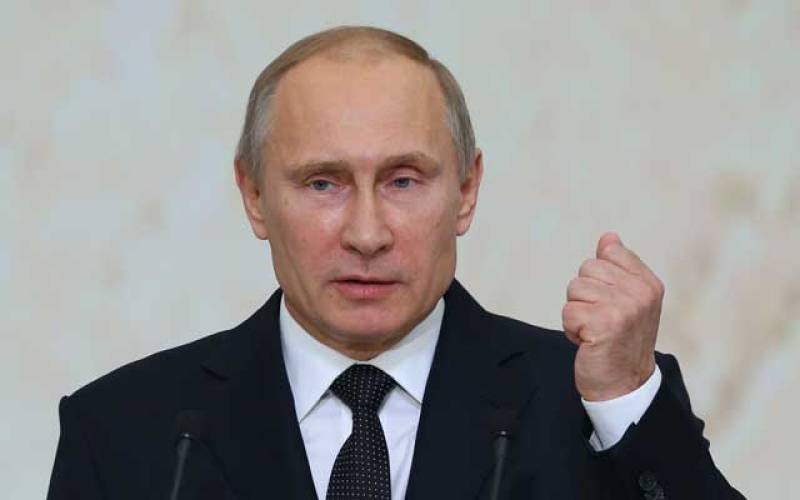 MOSCOW (Web Desk) - Russian President Vladimir Putin announced Friday he was cutting his salary by 10 per cent as well as the earnings of several top government officials, as the country's economy reels from the collapse of the ruble.

The salaries of Putin, his Prime Minister Dmitry Medvedev, Prosecutor General Yury Chaika and the president of the powerful Investigative Committee Alexander Bastrykin, will all be cut by 10 per cent from March 1 to December 31, according to a decree signed by the president.

The wage reduction also applies to all of those employed by the presidency and the council of ministers.

The move comes less than a year after the Kremlin announced the tripling of Putin's salary. The president, who claims to live a frugal lifestyle, was earning less than his ministers in 2013.

Russia's economy has been hard hit by the western sanctions for the country's role in backing separatist rebels in eastern Ukraine, which along with falling oil prices led to a dramatic crash of the ruble in December to half its value against the dollar.