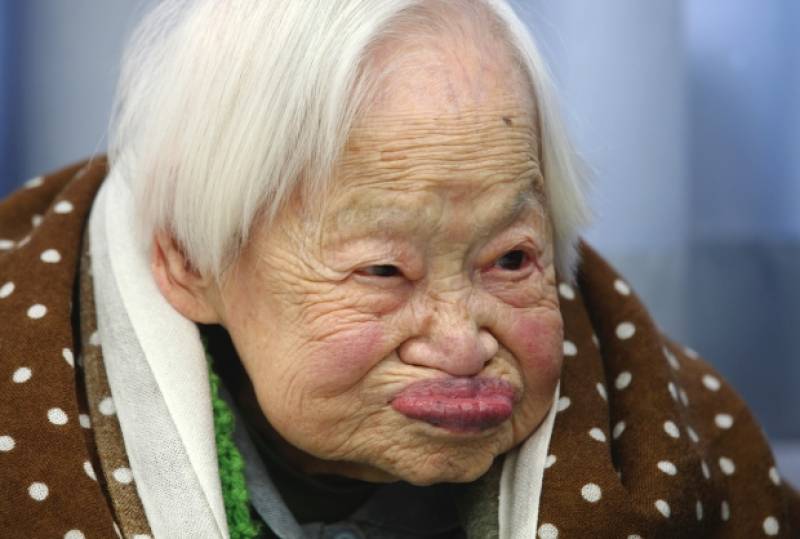 TOKYO (Web Desk) - In 1898, as H. G. Wells' The War of the Worlds was published and the Spanish-American war came to a close, Misao Okawa was born in Osaka, The Independent reported.

117 years later, she celebrated her birthday this week at a nursing home in the very same city, and offered some remarkable wisdom.

Asked how she felt about the past 117 years as she accepted a bouquet of flowers, she replied: "It seemed rather short."

It was a rather mind-blowing assessment, and uplifting to know that however long life may seem at times, after 117 years of it this super centenarian still has a thirst for more. 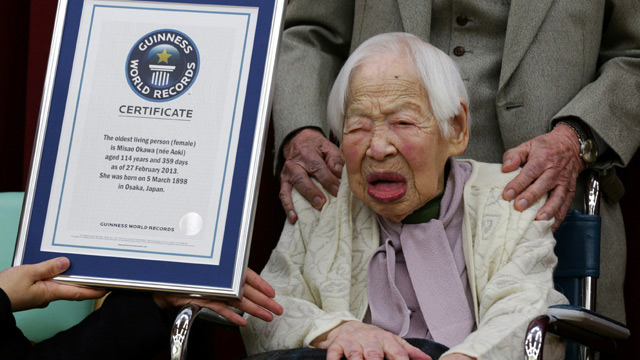 Sadly she has no one tip for achieving such a fine age, replying as to the secret of long life: "Well, I wonder about that too."

She did say that she believed a good amount of sleep and a varied diet had helped her longevity however, talking of her love for mackerel sushi.

Dressed in a cherry-blossom-print pink kimono and wearing a daisy pin in her hair, Mrs Okawa said she was "very happy" to be turning 117, joined by her two children, four grandchildren and six great-grandchildren.

Becoming the world's oldest woman after the death of another Japanese woman Koto Okubo in January 2013, Mrs Okawa is in rather good health bar slight trouble hearing.

She has lived through three centuries, 20 US presidents and the world's population growing from around 1.6 billion to over 7 billion.