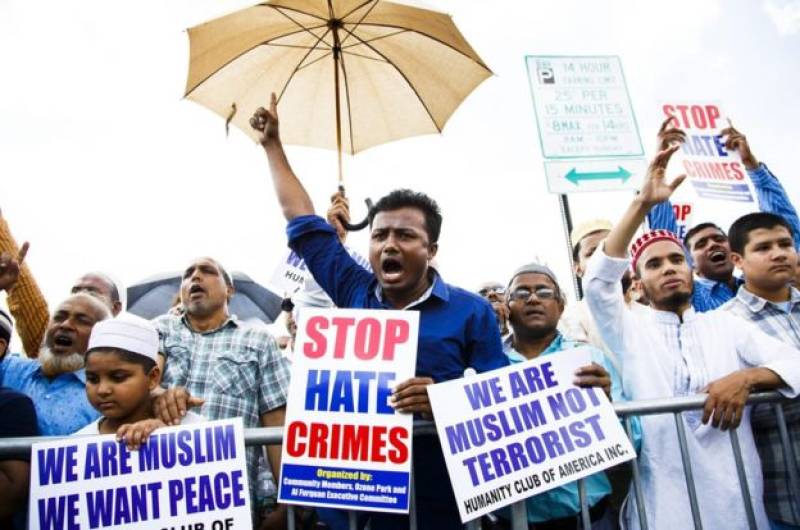 NEW YORK - A Muslim woman wearing traditional clothing was set on fire by a man with a lighter as she was window shopping on New York City’s Fifth Avenue over the weekend, according to American media reports citing police sources.

Cops are still trying to determine whether the incident was a hate crime motivated by her religion, one report said.

Nemariq Alhinai, 35, was walking in front of a department store on Saturday night when she felt a warm sensation on her left arm, the sources said.

She looked down and noticed her blouse was on fire. She patted out the flames and then saw an unknown man standing next to her with a lighter in hand. The man quickly walked away.

Ibrahim Hooper, a spokesman for the Council on American-Islamic Relations (CAIR), urged a full investigation.

“I would obviously be concerned because it’s symptomatic of the overall rise in Islamophobic sentiment in our society,” he said.

Last week, a Brooklyn woman, who goes by the name Mary Magadalene, was hit with hate-crime charges after allegedly punching, kicking and trying to rip the veils off two Muslim women who were pushing baby carriages in Brooklyn, a borough of New York City.

“This is the United States of America, you’re not supposed to be different from us … You don’t belong here!” the 32-year-old suspect allegedly shouted, pushing aside the baby carriages with the children still inside.

The suspect, whose real name is Emirjeta Xhelili, then attacked the women, 23 and 24, officials said.

An upsurge in violence against Muslims in the United States has coincided with the 2016 election campaign, especially after the Republican presidential candidate Donald Trump called for a ban on Muslims entering the United States.