Media crises far beyond its credibility 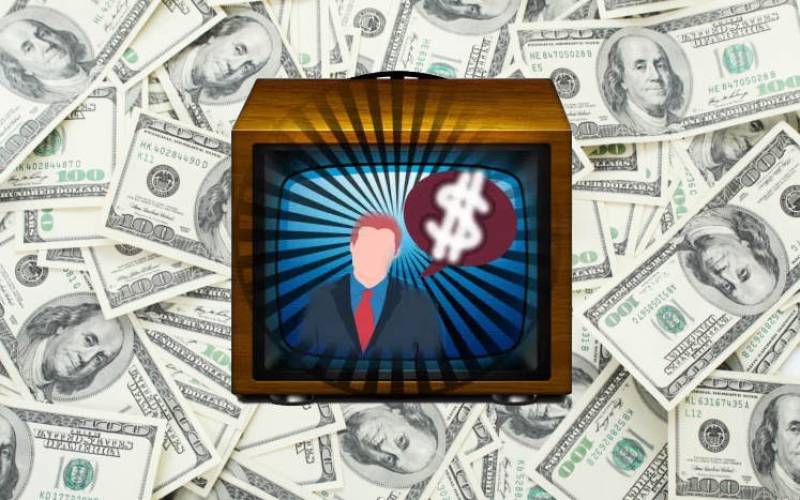 As a journalist I developed a habit over the years to interact with common people in a bid to have some glimpses of public perceptions about hot national issues. A few weeks ago, I was in a barber’s shop in Islamabad to have my hair trimmed. I asked barber which news channel he and his colleagues prefer to watch the most. He said “we have banned Geo News and Ary News because the supporters of PTI and PML-N would come here and get into heated arguments, they would pressurize us to switch to the news channel of their choice,” he concluded.

Perhaps this may be just tip of the iceberg of how polarized the society has become over the years. And of how the policies of many news channels to support and propagate the powerful political players of their choice in and outside the government, are being perceived by the common people on the streets. Now many among people would watch particular brands of news channels to know more about perspectives of the ruling Muslim League, the PTI or the military establishment and less about to know the exact nature of political happenings.

Scale & Method of Corruption Within Media

Anyone with political influence and black money can potentially become the owner of a news channel to whiten his income and shield his illicit business interests. Therefore, they do not need necessarily to position professional journalists on executive posts or find professional media-men to host talk shows. Hence it is not surprising to hear serious allegations against many anchorpersons and media houses which propagate and disseminate misleading information and analysis that suit the country’s establishment, the PTI of Imran Khan or the ruling Muslim League of former Prime Minister Nawaz Sharif.

Many among them do not have media background and they defend and propagate certain viewpoints as if they are the activists of a political party or the spokesmen of country’s establishment. Some senior journalists even report that many program hosts are selected by the ruling party, advertisement agencies, land mafias and country’s military establishment.

They are readily hired as they bring along with them the business of the advertisers. So most of the channels would not hesitate to hire them no matter how controversial and non-professional they may be. This is for the simple reason that such anchorpersons are one of the leading sources of generating the revenue of news channels as whosoever would hire them would mostly also get the business of advertisers which go along with them. Now revenue generation has become such a dominant factor that many owners of the channels are preferring to hire services of the people with the finance and marketing backgrounds instead of professional journalists. And that means they are no longer concerned about the quality of contents as the primary focus of news channels are to generate funds virtually at any cost and shield the vested business interests of the owners.

A senior journalist told me an interesting story of a key member of ruling party, who is currently holding a constitutional post. In 2005, he was in political hibernation, so he approached a producer of a leading news channel to invite him to participate in talk shows. To his great shock, the producer asked him to pay Rs 300,000 for one program to bring him to the political limelight. Unsurprisingly, this menace continues to happen with change in modus operandi to lure the highest bidders and now mostly at the level of owners.

However, the crisis in the media industry is far beyond the credibility of anchorpersons and news channels.

The popular perception about talk shows in Pakistan is that, with few exceptions, they have become chatterboxes where stakeholders such as political parties and military led intelligence establishment attempt to force their viewpoint to forge an artificial public perception in their favour.

Mostly such artificial perceptions do not trickle down beyond a limited segment of population---- around which journalists, intelligentsia  and influential officials move. And hence they mistakenly get themselves assured of bringing a “positive change” in the society. However, politically motivated attempts to influence public perception change little on the ground. The reason being is that these talk shows, in many cases, are being conducted in a manner that they psychologically come in conflict with the values and ethics of the majority of the population.

Generally known faces representing political parties and other stakeholders directly and indirectly keep on appearing on one news channel or the other to defend the interests of their respective stakeholders. Through verbosity, they attempt to punch a bigger hole in the defense line of the other by rehashing hackneyed arguments. Their skill of producing little more than noisy rhetoric is alienating the viewers and hence desensitizing them.

The media houses both with professional and non-journalistic backgrounds have to blame themselves to make television screens incredible. The ironic part, however, in counting reasons for media to lose its credibility are the media houses with established professional background. They, along with many others new entrants in media world, have opted not to report certain issues either out of fear or primarily out of ideological and sectarian biases.  For instance, the media would report and condemn many banned religious organizations whenever any suspected militant is arrested. However, they would not even report if a suspected terrorist is nabbed by security forces from another sect creating public perceptions that media owners and professional are silently engaged in building up narratives against specific banned religious organizations from particular sects.

It doesn’t end here. Last year, the media aggressively campaigned for the release of four secular bloggers and successfully pressured country’s secret services to release them, while, on the other hand, the media has been neglecting to report and analyze the reasons behind thousands of cases of systematic enforced disappearances for more than 15 years, more out of ideological and intellectual biases and less out of fear of retribution of country’s military run intelligence outfits which have been allegedly detaining them.

That is not all. Many professional journalists who consider themselves “champions for the cause of democracy and national interests”, in fact enormously suffer from the psychological disorder of being self-righteous. They are ending up as unpaid agents. They are victims of a far bigger political and geo-strategic game which owners of news channels, political and military establishments conveniently play by using their intellect.

Misreporting in the heat of competition to break news is no longer uncommon, partially because of lack of basic understanding on the part of reporting and productions teams about how the government and the State function. Both newspapers and television channels have been failing to report of what could have been common-sense reporting. For example, the entire controversy of amending and repealing several clauses in the previous election laws about the finality of prophet-hood of Prophet Mohammad (peace be upon him), and political noise about whether or not a convicted person should head a political party, could have been averted had the media reported accurately the proceedings of the Parliamentary committee on elections reforms.

The reporting teams of news channels and newspapers should have reported in advance about the Elections Bill 2017 entailing critical amendments from mostly publicly available documents. The 44 amendments in the previous elections laws were very much within the access of the media, but perhaps no one read them. Or if someone did, perhaps they did not fully understand what they read about the application and scope of the controversial amendments which has triggered political controversy and riots last year in Pakistan.

Who would survive in media?

The print media is fast being replaced by online newspapers. Similarly the television industry, more particularly news channels the world over are likely to be reduced to handsets. Technology is going to beat incredible media sooner or later, and obviously that would be through the social media.

Social media itself is leading source of both information and disinformation which subsequently find space in the mainstream media in Pakistan like elsewhere in the world.  Nonetheless the social media has emerged as an alternative source of information and analysis. There is an emerging trend where people frequently access social media to keep themselves updated with the information and analysis of their own choice by following particular pages and friends that they think are more relevant and credible. Therefore, only those journalists and media houses would survive whose facts are well-researched and they are as free of biases as possible, and their news and analytical contents do not clash with the values and religious ethos of the majority of the people in Pakistan.