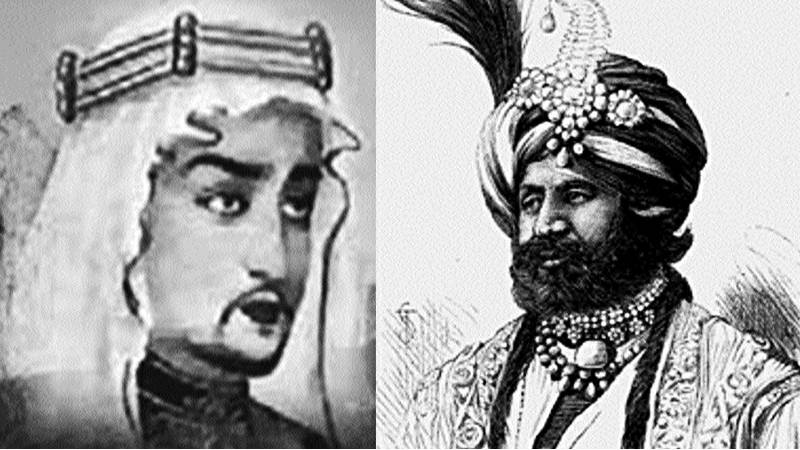 History is a mirror of a nation. Regrettably, too often, it is written under the shadow of the ruling elite to serve their vested interests. Such histories, instead of shedding light on the past, lead people in pernicious debates, which often culminate in anarchy and chaos. The same debate has been going on in public discourse to determine that who was the hero? Muhammad Bin Qasim, or Raja Dahir.

Both personalities belong to the eighth century. Raja Dahir was a ruler of Debal, today's Sindh, and was killed by Mohammad Bin Qasim, a commander of the Muslim army, which was sent by Umayyad governor Hijjaj Bin Yousef. Raja died while defending his people and the kingdom while Qasim emerged as a victorious who replaced the former and ruled there for almost two years. He was then brought back to Iraq and prisoned and later executed by Hijjaj Bin Yousef political rival Suleiman who had seized the power.

In the recent debate over the internet, Raja Dahir was being ardently accoladed on the ground that he died while defending his people from Muhammad Bin Qasim, insinuating that Qasim was an invader, plunderer and some belief, he came to kill the descendants of Prophet SAW who took refuge in Raja’s kingdom.

How much these allegations are true is a matter of another subject. However, ab initio this debate is maladroit and epistemically wrong. This comparison is based on intuitions and personal likings rather than on solid and factual references that are required to pass a final judgment.

Comparing Raja Dahir with Muhammad Bin Qasim is no different than comparing a doctor with an engineer since both belong to different categories. One was an attacker and the other was a defender. A general notion is that too often, an attacker is wrong but it is not always the case and likewise, not always a defender is right.

The historians, who are tilted towards Muhammad Bin Qasim, have occasionally eulogized him at the expense of Raja Dahir's misdeeds. Their main focus has always been on the services he rendered to establish a Muslim sultanate and the opening up of the gate for Islam in the subcontinent. Conversely, in the recent debate, his opponents are trying to present Raja Dahir as a hero by questioning the legality of Qaism's raid and the subsequent political, social, and judicial system he established there. They are at a loss of references from the history to present Raja Dahir as a just, fair, and honest ruler. So they are belittling the former to raise the latter; which is not a fair way to correct historical mistakes.

To evaluate the status of Qasim's raid, both legally and morally, we need to go back into the eighth century. That time, the expansion of regimes by use of force was not illegal neither morally wrong since commonly, the law was based on generally accepted moralities. While the war was considered an instrument of state policy. Conflicts were resolved in battlefields and the victorious would impose its social, political, and economic model on the defeatists. Therefore, declaring him a plunderer by the laws of the 21 century is neither justice to him nor history.

Acquiring territories through occupation for the diffusion of their ideologies and use of force or threat of use of force were declared illegal after the passage of the United Nations charter on September 24, 1945. Before this, every nation and civilization invaded countries to spread their ideologies and imposed their political, economic, and social models to secure their national interests. Although occupation is now illegal, the Europeans have invented other methods to keep the newly independent countries fettered and exploit their resources.

Muhammad Bin Qasim, on the other hand, despite being contested as a controversial personality nowadays, cannot be alleged of transferring the Sindh’s treasure to Iraq. The Islamic sultanate established by the Prophet SAW and later expanded by the four Caliphs were truly based on the concept of Federalism. Even the Umayyad dynasty did not try to alter the administrative structure. Muhammad Bin Qasim made Sindh a part of the Muslim sultanate but retained its autonomy and money collected in the form of taxes and other receipts were used on the welfare of local people as per the formula on which other Muslim provinces would share the resources with the center.

It is right that he came to Sindh as a conqueror, defeated a [legitimate] ruler, and then established a government based on the faith he held. But, there is no dual opinion that he established a just and fair government, a diversified society, and also gave robust political and judicial institutions. He did not impose his religion on the minorities as the conflicts between Muslims were resolved through sharia laws while between minorities through their rituals and panchayats.

Debating the past and rectifying the historical mistakes are signs of a salubrious and sagacious society but judging an eight century's leader with political, social, and legal dynamics of the 21 century is no less than a presage of intellectual stagnation.

The writer is pursuing MPhil in international relations from Quaid-i-Azam University, Islamabad. He can be reached at usamasherazi129@gmail.com