Of the Sellers of Gender Stereotypes 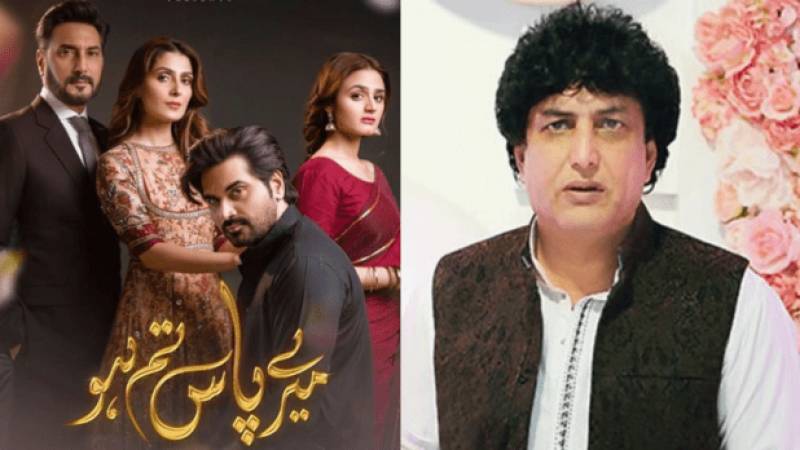 We are an entertainment-starved society. That is enough of a reason to justify the exaggerated over-popularity of some TV plays or writers that otherwise seem far below the accepted standards. We may have an opinion but cannot deny the freedom of expression by writers for sharing quite bigoted views or the choice of viewers when they are happily buying the lowly sentiments and melodramas. I seldom watch TV but remember how the charm of ‘Game of Thrones’ kept me captivated for years despite its being pure fiction and fantasy.

So what’s the point in feeling sorry for the millions of fellow Pakistan being entertained and amused by TV play ‘Mere paas tum ho’ (I have you with me). So a substandard content being aired and liked by many shouldn’t have been my problem till I came to know about its preaching aspects and defining what a ‘good woman’ should be like, the ideas around ‘faithful’ and ‘unfaithful’ women and how the writer has dared to prescribe the same definitions to be followed by everyone in a society that is already engulfed by twisted moralities serving well the interest of men that like to have a control on the lives of others.

So on contrary to GOT, which everybody watched as a fantasy, the play I am referring about and its writer during off the set interviews have shared highly objectionable comments, especially while trying to portray men and women two entirely different species with absolutely different needs, sentiments and the set of moralities (Of course too harsh and judgmental towards the women). I could even ignore the plagiarism by the writer when his ‘unfaithful woman’ seems inspired by Diana Murphy of ‘Indecent Proposal’ and so is the plot mix of several Indian movies, my only issue is the certain contribution in retrogression the play has potentially played.

Now another critical question is why some degenerated views shared by a writer should be an issue in a society where the politicians and even sportsmen seem becoming preachers and using religious cards as and when it suits them, the preachers are doing politics by influencing innocent gullible followers in favour or against their favourites, the honourable members from judiciary trying to emulate the standup comedians and journalists assuming the role of judges. The answer is simple, it has always been the writers that resisted riding on the bandwagon of populism and played a huge role in elevating societies by remaining true to their thoughts and ideas despite the rejection and sufferings they have been facing at times.

It is also true that the fanatics, extremists and hardliners could be seen in almost all parts of the globe and are present even among the most advanced societies. A society where charlatan are encouraged to thrive in every field, a writer with his cunning populism wouldn’t have been shocking me but the massive response he has received and it’s been really sad to watch some apparently saner element clapping mindlessly on his insane rants.  Hence, what’s shocking here is the mainstreaming of bigotry and gender stereotypes.

Men and women, if they want to, should be living happily with each other or at least with a certain level of acceptance and tolerance for each other. Now, it was a useless tirade of rants by the writer when in his defence, he was angrily saying “Its men that provide for and cater the financial needs of their mothers, wives, sisters and daughters.” Unfortunately, all in the audience responded with a huge round of applause instead of questioning him and informing him that no one intends to demean kind fathers, loving husbands and devoted sons when ‘men’ are referred for denying the rights of women.

The role of men is questioned in a patriarchal society where women are denied the right to education, right to play, right to vote and right to access to equal opportunities. Their demands include end all sort of discriminations, freedom from gender-based violence and access to equal opportunities. Maybe, the writer was needed to remind of rampant ‘honour killings’ of women and girls across Pakistan, abductions, forced conversions and marriages, acid throwing, vani, sawara and other social evils hindering the women empowerment.

As far as rants such as ‘women or men are made like this,’ in reality, there is no difference between them. Both are an equal part of the human race with similar needs, wants and instincts. Men and women both could be equally kind and compassionate or vile, wicked and cruel. All depends on individuals, their upbringing or the character they have developed and chose for themselves. The only much-cited difference is biological and who knows this may also become irrelevant in the future thanks to science when both genders may get relinquished from reproduction responsibilities. However, it’s a sad reality that under the patriarchal systems, many women are indoctrinated to nurture the very oppressive systems they are victims of only to get fir into the image of ‘good woman,’ that they have been informed about.

It was also a sad scene to observe a lady right activist presenting arguments out of scriptures to refute the claims of the play writer. The approach at its best could be somehow useful in order to establish a communication with the men from marginalized communities. However, at an intellectual level, everyone knows entering into this field is a sure receipt of disaster as quoting from the scriptures would complement the narrative from the clergy and conservative elements when they are considered ‘experts’ in this arena. Therefore, sticking to UDHR would be more advisable while emphasizing upon the quality among humans.

Mary Wollstonecraft, the 18th-century writer and advocate of women’s rights once said:

“I do not wish them [women] to have power over men, but over themselves.”

Unfortunately, we don’t have a Mary Wollstonecraft with us who may articulate this debate for us when both the champions and ‘naysayers’  of women’s rights and equality tend to resort in the same ideological basis.