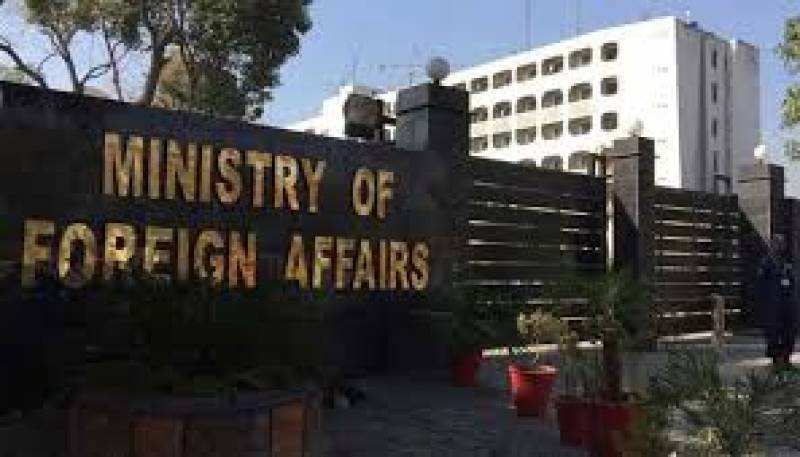 The Foreign Office in a statement said, "These remarks are another reflection of India’s incurable obsession with Pakistan and the BJP Government and leadership’s desperate attempts to divert attention from growing domestic and international criticism of their discriminatory,anti-Kashmir and anti-minority policies".

Modi while addressing the military troops on Tuesday in Delhi said that Indian forces will not take more than seven to 10 days to make Pakistan bite the dust.

The FO added, "The Indian Prime Minister’s threats and provocative statements further illustrate the extremist mindset that pervades the BJP leadership and has evidently permeated the state institutions in India".

Referring to a rare aerial engagement between the forces of to countries, it said: "Pakistan’s immediate and effective response to India’s Balakot misadventure, including the downing of Indian fighter aircraft and capture of Indian pilot last year, should suffice to underscore the will, capacity and preparedness of our armed forces".

No one should underestimate the resolve of the people and the armed forces of Pakistan to effectively thwart any aggressive action.

Pakistan has also urged the international community to take cognizance of the Indian leadership’s continuing belligerent rhetoric and aggressive measures, which pose a threat to regional peace and security.

"We hope steps would be taken to facilitate peaceful resolution of the Jammu &Kashmir dispute for durable peace and stability in South Asia."

he FO was referring to claims made by Modi during a speech to military personnel on Tuesday in Delhi, where he said Indian forces were now capable of making Pakistan "bite the dust" in less than 10 days.

"Our armed forces will not take more than seven to 10 days to make Pakistan bite the dust," Modi had declared.