PSL 2020 – Match 19: Multan and Karachi awarded one point each after rain halts play 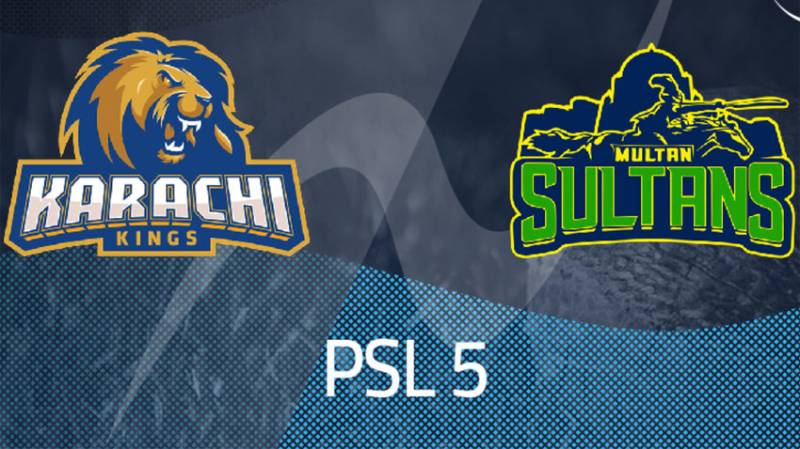 LAHORE – The 19th match of the ongoing HBL PSL 2020 between Multan Sultans and Karachi Kings at Lahore’s Gaddafi Stadium was called-off after 16.5 overs due to rain.

Sultans were at 102 for six with Shahid Afridi, who had accumulated the most runs in the innings with 35 off 17, on strike when umpires asked the ground staff to pull the covers because of heavy showers.

Kings captain Imad Wasim’s decision to bowl first paid dividends as Sultans had half of their batting line-up back in the pavilion in 10.4 overs with only 53 runs on board.

Moeen Ali, who opened the innings, was the only batsman amongst the top six, to enter double-digits as he made 29 off 22 balls.

Imad and Aamer Yamin picked up two wickets each, giving 14 and 17 runs respectively. Mohammad Amir and Umer Khan took a wicket each.

The two points for the match were equally divided between the two teams. Multan Sultans remain at the top of the table with nine points from six matches, while Karachi Kings are fourth with seven points, also from six matches.

On Saturday, Islamabad United face-off Peshawar Zalmi at the Pindi Cricket Ground in the afternoon and Lahore Qalandars lock horns with Quetta Gladiators at the Gaddafi Stadium in the evening.