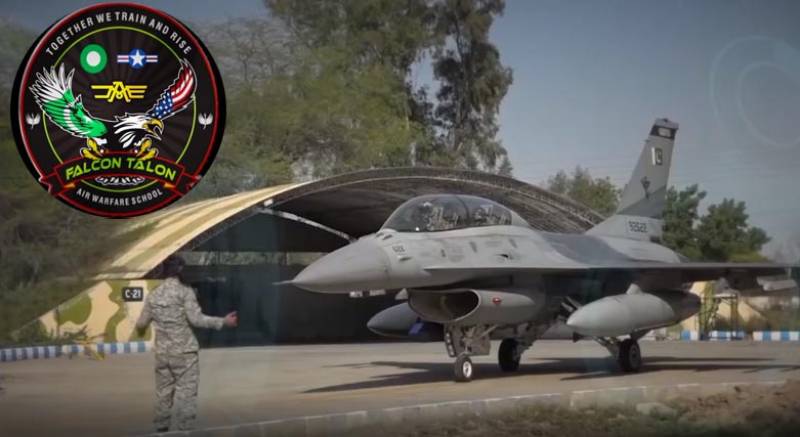 ISLAMABAD – A bilateral exercise between Pakistan Air Force (PAF) and United States Air Force (USAF) that was aimed to promote interoperability in realistic scenarios culminated at an operational base.

It would certainly enable both the air forces to learn from mutual experiences in addition to promoting interoperability, Air Marshal Zahid Mahmood was quoted by Pakistan Air Force spokesperson.

Interacting with the combat crew of both the air forces, Air Marshal Zahid congratulated the participants on successful completion of the exercise. He also appreciated the air & ground crew for smooth and professional conduct of this significant exercise. He added that both the pic.twitter.com/HDV7kZbjWL

The Falcon Talon exercise -- first unified USAF/PAF exercise on Pakistani soil that covers air combat intercepts and unified strike missions -- commenced on February 26 with the deployment of US Air Force fighter jets at the operational base.

Air Marshal Zahid Mahmood also felicitated the members of both the forces on the successful completion of the exercise and commended the smooth and professional conduct of this significant exercise.

Air forces of two sides have a long history of enviable cordial relations and hoped that this exercise would certainly enable both the air forces to learn from mutual experiences in addition to promoting interoperability, Air Marshal Zahid added.

The joint exercise comes amid a crisis in Ukraine as the world fast transitions to a new order, whose exact parameters have not yet evolved while the US administration has turned away from Islamabad.

Washington on Friday informed Pakistan that the Russian invasion could have both regional and global consequences. Earlier, the United Nations General Assembly (UNGA) passed a non-binding resolution, demanding the immediate withdrawal of all Russian troops from Ukraine while Pakistan among neighbouring nations decided to abstain from voting.

KARACHI – The United States air force (USAF) has sent its fighter aircraft to Pakistan for the massive joint ...

Relations between the two sides remain tense as the Biden administration continued to blame Pakistani officials for supporting non-state actors while Prime Minister Imran Khan refused to allow the CIA to use bases on its soil for cross-border counterterrorism missions.