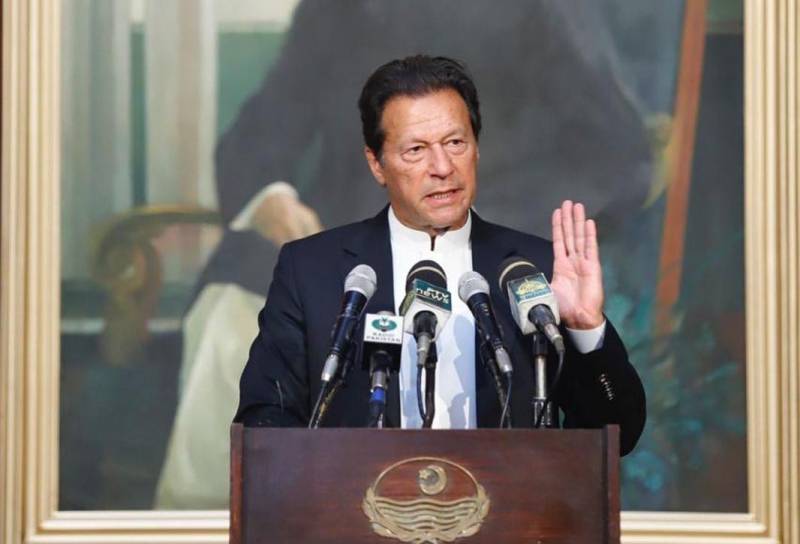 ISLAMABAD – Prime Minister Imran Khan on Sunday lambasted European Union ambassadors for writing a letter over the Russia-Ukraine war and urging Islamabad to vote against Kremlin at the UN General Assembly session.

Addressing a public rally in Vehari, the premier said European Union envoys urged Islamabad to support a resolution condemning the Russian invasion of Ukraine after the country abstained from an earlier vote on the crisis. "I ask EU ambassadors did you write that letter to India as well?” Khan quipped.

The premier asked the Western countries if they had written the same letter to India, or even criticised it, when it unilaterally ended the special status of occupied Jammu and Kashmir (IIOJ&K) in August 2019 in clear violation of the UN Security Council resolutions -- let alone ending diplomatic relations and trade with that country.

He asked if the Western bloc thanked Pakistan for standing by it during the Afghan war. "Instead, they blamed us for their failure in Afghanistan," he said.

Khan again regretted siding with the West in the war on terror. He reiterated that the move left 80,000 Pakistanis dead, while nearly 3.5 million went homeless. "Why Pakistan should side with the Western bloc over Ukraine," he asked, questioning if the South Asian country was a ‘Western slave’.

"Washington continued to bomb our territory as PPP and PML-N leaders stashed money plundered from Pakistan in Western banks and they feared that opposing the West would lead to forfeiture of their money," he continued.

He then warned if the West tried to launch a drone attack, his government would order the Air Force to shoot it down.

ISLAMABAD – Pakistan is likely to abstain from the United Nations General Assembly session, which will debate the ...

The premier’s response comes days after envoys from EU member states, as well as Britain, Canada, Japan, Norway, and Switzerland urged Pakistan to join in condemning Russia's actions and to voice support for upholding the UN Charter.