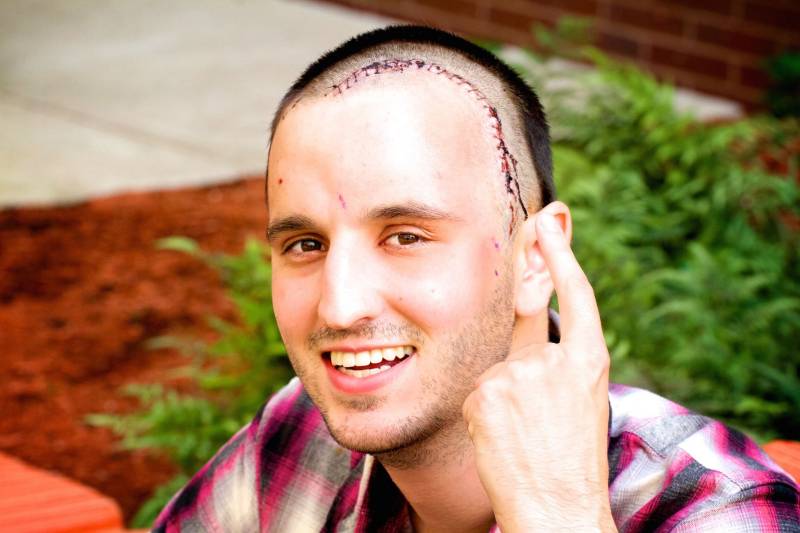 CAMBRIDGE (Web Desk) - A Massachusetts doctoral student shared video of his own brain surgery recorded so he could better understand his own illness.

Steven Keating, a mechanical engineering doctoral student at the Massachusetts Institute of Technology, said he decided to turn himself into a science experiment after being diagnosed with a baseball-sized astrocytoma, a tumor in the left frontal lobe of his brain.

"Data can be healing," Keating told Vox. "To me, having access to the data allows for an understanding of what's happening to you. If you can share that data, potentially researchers and other patients can use it to understand what's going to happen to them."

Keating said he collected some 75 gigabytes of information, including scan data, a 3D printout of his brain, tumor pathology slides, genetic sequencing data and a video of the 2014 surgery to remove the tumor.

Keating said he had two nurses film the procedure with cellphone cameras and he created a sped-up 2-minute video from the footage of the 10-hour procedure.

"If I didn't see that video I'd have no idea what they did to me. Patients have a right to understand what people are doing to you — especially when it involves something very sensitive like the brain," Keating said.