Sonia, Rahul and Manmohan arrested during "Save Democracy" rally in Delhi 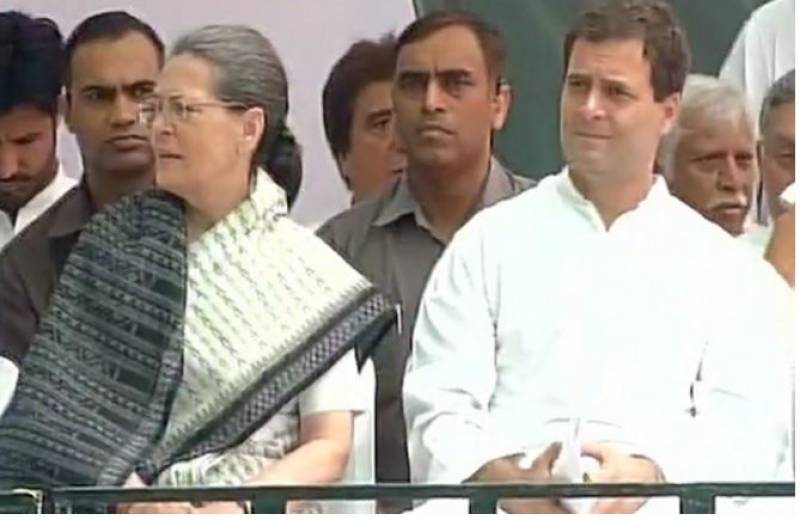 According to Indian media reports, the Congress leaders have been shifted to a police station located near Parliament Street in New Delhi.

The  Congress leaders were released after some time. the police said that they were taken into protective custody and no case has been registered against them.

Following the arrest, a large number of Congress workers gathered outside the Parliament and the police station, demanding immediate release of their leaders.

Earlier, speaking at the "Save Democracy" rally -- which has been dubbed as an anti-Modi demonstration by the media -- Sonia Gandhi said that the incumbent BJP government Party has been following dictatorial norms, causing an increase in intolerance within the otherwise diverse Indian society.

"We are ready to make any sacrifice to save our democracy," she added.

Speaking on the occasion, Rahul Gandhi also grilled the Modi government for hatching conspiracies against Congress' state governments in different parts of the country.

They destabilized the Congress govt in Arunachal, removed elected leaders and broke all laws to establish an anti-democracy environment in India, he alleged.

He said that Modi had promised a bright future while he was campaigning for the general elections, but now, while he is in power, almost 40% of nation is affected by drought and he is silent.

While the Congress is organising a 'Save Democracy' rally against the Modi government, the ruling BJP is also staging a protest against Congress over Agusta scam.

The "Save Democracy" protest march was planned to protest against the alleged "toppling" of Congress governments in Uttarakhand and Arunachal Pradesh. However, in wake of the fresh face-off on the Agusta scam, the party leadership is expected to launch an offensive against the government.

The twin objectives will be to hit back at the government for dragging Gandhis into the scam and to highlight drought and other agrarian crises that had led to a spate of suicides by farmers and affected 40 Crore people in several states.