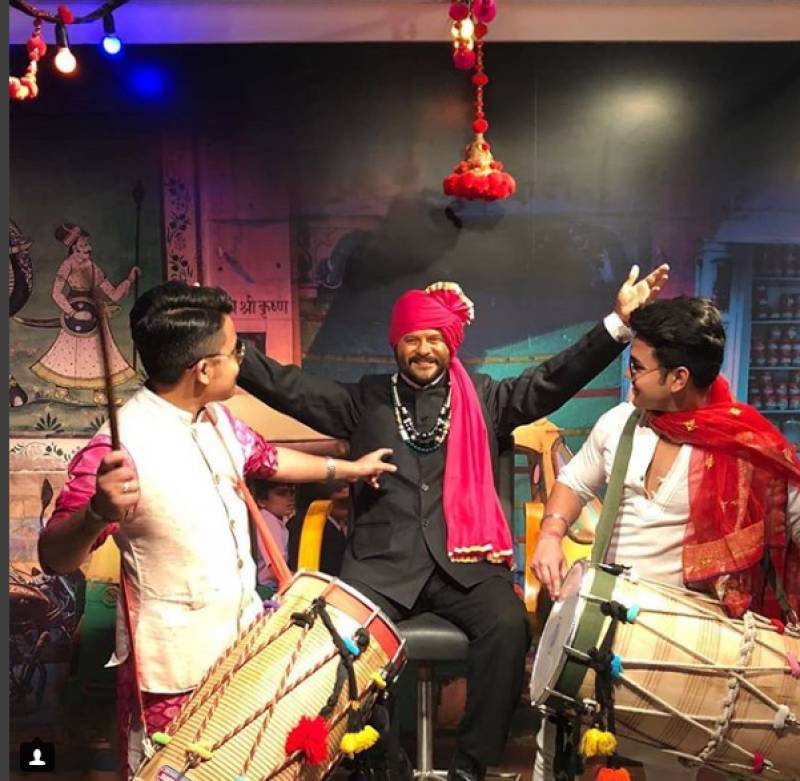 Sonam Kapoor and Anand Ahuja’s wedding is one of the most anticipated one in Bollywood right now! May 8th marks the special day the two lovebirds will tie the knot in the presence of their closest friends and family in Mumbai. Now, the latest news about the family celebrating this happy day just got it's best news yet.

According to reports Anil Kapoor’s wax statue at the Dehli Madame Tussauds has been given a fantastically desi makeover keeping in mind that Sonam is getting married. The wax statue which was just released this past September has been given this makeover by excited owners who thought it could use a little celebration too!

The picture was shared on the organization's official Instagram page with the caption, “Its celebration time at #TussaudsDelhi. @anilskapoor kapoor is dressed up in a traditional attire for his daughter @sonamkapoor’s big fat punjabi wedding with @anandahuja. Come and see him in this Jhakkas avatar. Book your tickets using the link in bio… #MadameTussauds #MadameTussaudsDelhi #MadammeTussauds #DhinaDhinDa #Jhakkas”

Later a hilarious and festive boomerang was also uploaded!